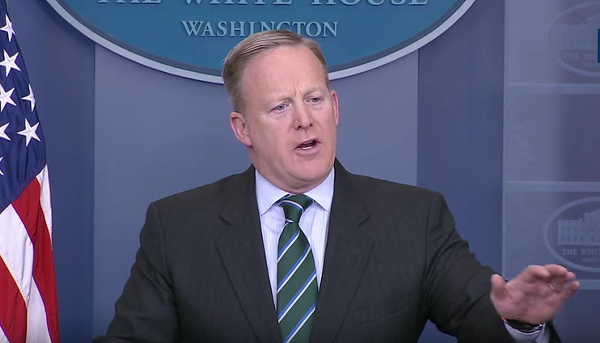 It's unclear if the Trump Administration's chosen mouthpiece, Press Secretary Sean Spicer, knew what he was talking about when he told reporters yesterday that his boss' border wall would be paid for by a 20 percent tax on all Mexico imports.

Regardless, Spicer's comment, tweeted out by any reporter within earshot, triggered a panic among Americans who rely on affordable Mexican imports — so, everyone. This tariff would quickly make avocados, tomatoes, bananas, Mexican beer, cars, refrigerators, phones, and, most importantly Topo Chico, out of many people's price range. It would hit Texas, one of Mexico's most reliant trade partners, especially hard.

But then, Spicer backpedaled. This tax was just a "policy option," not a definite. And after taking a closer look at his initial interview, tax policy experts realized he had simply fumbled in explaining a completely different kind of import tax — leaving reporters with an entirely different impression.

What was Spicer was trying to say? Thanks to expert dissection, it appears he was just describing the standard Republican tax plan — one that would lower the corporate tax rate on any international imports.

So, gauc enthusiasts, no need to panic — yet. In the meantime, let's hope the White House improves its communication skills.