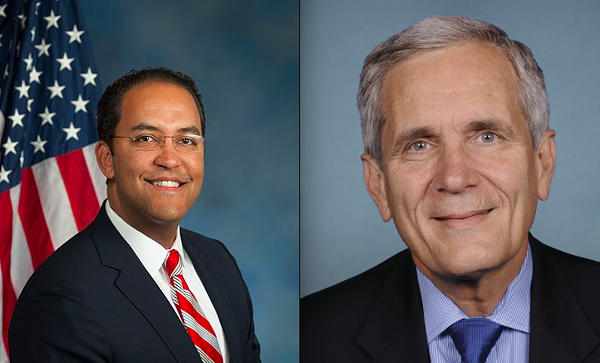 Two of San Antonio's six congressional districts have been invalidated by a federal court for being used to invalidate minority votes.

On Friday, a panel of federal judges ruled that three Texas districts, including District 23 and District 35, had been illegally redrawn in 2011 to unfairly diminish votes from Texas' growing minority population. With a 2 - 1 vote, the court found these gerrymandered districts (and Corpus Christi's District 27) in direct violation of the Voting Rights Act and the Constitution.

"Because of their political motive, they intentionally drew a district based on race in a location where such use of race was not justified by a compelling state interest," wrote U.S. District Judges Xavier Rodriguez and Orlando Garcia.

District 23, held by Republican Congressman Will Hurd, sweeps the Rio Grande Valley and border towns into a single electoral district —  a move that the court says dilutes the influence of Texas' fast-growing Latino population. At the same time, Congressman Lloyd Doggett's District 35 packs thousands of Latino Democrats into a tiny district running up the Interstate 35 corridor, both minimizing the Latino vote and making it harder for a non-Latino candidate (like Doggett) to be elected in the future, according to the court.

“Everyone loses when Republican gerrymandering makes elected officials less accessible and less accountable," wrote Doggett in a statement, adding that he plans on running for reelection in November, regardless on the court's decision. Hurd only mentioned his accomplishments in Congress in a statement, adding, "No matter the district lines, I will continue that hard work on behalf of all of my constituents."

In his dissenting opinion, Judge Jerry E. Smith (a member of the famously conservative Fifth Circuit Court of Appeals) called the accusation of race-based redistricting a "witch hunt" led by the Department of Justice that painted Texas legislators as "a bunch of backwoods hayseed bigots who bemoan the abolition of the poll tax and pine for the days of literacy tests and lynchings.”

It's now up to Texas to decide if it'll appeal the court's decision to the U.S. Supreme Court. If they don't, it's likely all three districts will be redrawn before the 2020 census dictates the usual round of redistricting.

A reminder of just how bizarrely-drawn these districts are: