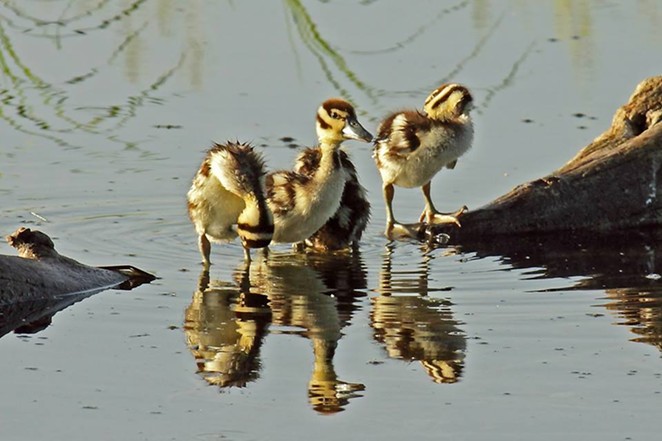 If you've got an opinion on President Trump's pinche border wall — and we suspect more than a few of you do — here's a chance to weigh in on a section that would divide several South Texas wildlife refuges.

Customs and Border Protection last week announced it's taking additional public comment through Nov. 6 on a 33-mile stretch of the proposed wall that would bisect Bentsen-Rio Grande Valley State Park and other sensitive sites. The agency is taking comments on the project's environmental, cultural and economic impacts at commentsenv@cbp.dhs.gov.

CBP extended the input period because of "feedback received as part of its earlier outreach," according to the release linked above.

The feedback to which CBP likely refers is a letter from conservation and civil rights organizations blasting the government's initial month-long comment period as both inadequate in length and without sufficient publicity.

"[CBP’s] 30-day comment period, without even a single public meeting, strongly suggests a lack of sincere interest in obtaining thoughtful comments and broad engagement with the diverse constituencies affected by border barrier construction," the letter from groups including the ACLU Border Rights Center and Audibon Texas states.

In addition to the Bentsen-Rio Grande Valley State Park, the proposed construction would cut through the Roma and Lomita national historic districts and numerous private properties.

Environmental scientists have warned of serious environmental damage from the wall. One such paper in the journal BioScience received supporting signatures from more than 2,500 international scientists.