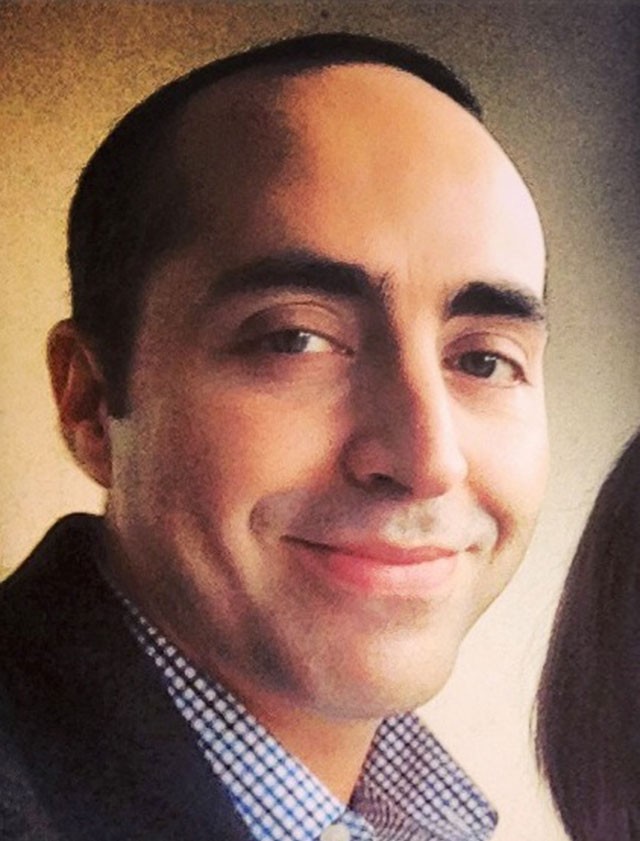 In federal court last week, City Attorney Michael Bernard and SAPD Chief William McManus defended the city’s seldom-used practice of banning citizens from City Hall and Municipal Plaza. As Jim Harrington with the Texas Civil Rights Project put it, the results “don’t exactly inspire confidence.” To recap, the case in question involves Michael Cuellar, a former fire department contract coordinator and one of two disgruntled ex-COSA employees who have received sweeping criminal trespass warnings banning them from City Hall and Municipal Plaza. Last year we profiled Cuellar and John Foddrill, the other ex-COSA employee, explaining that the ban, on its face, appears to be unconstitutional (see: Trollin’ Ain’t Easy, December 12, 2012).

Last week in federal court, attorneys with the TCRP, which sued the City on Cuellar’s behalf, argued for an injunction to lift the ban, saying it violates Cuellar’s constitutional right to petition government officials. After attorneys with both the TCRP and COSA grilled Cuellar, McManus, and Bernard, U.S. District Judge Xavier Rodriguez issued an order lifting the ban, saying the City failed to prove that Cuellar poses a threat.

In court, the City presented evidence that Cuellar clashed with co-workers before he was forced to resign in February 2012. The City filed affidavits from former co-workers claiming Cuellar exhibited “erratic, threatening, and harmful behavior.” One co-worker, shortly before his resignation, filed a Violence in the Workplace report alleging Cuellar had lost his temper and threatened that “certain coworkers ‘should be disposed of’” in a “serious, frightening tone.”

On the stand, Cuellar admitted there were problems with co-workers but denied he ever threatened anyone.

While it seems Cuellar was forced to resign because of the complaints, at no time during his employment was he placed on leave or punished, according to city records. Police were never called to the workplace, nor was an officer ever deployed to evaluate whether Cuellar was a threat before the City banned him from public buildings.

Soon after his firing, Cuellar began to file numerous open records requests in order to learn why he was forced out, he says. The City painted his efforts as a broad “harassment campaign,” and a sign that he was potentially threatening.

In court, Laurence Macon, the City’s attorney, highlighted the eccentric and unusual nature of a couple of Cuellar’s requests. In one, he asked for data showing when city officials entered or exited certain buildings. In another, he sought fingerprints and photographs of city officials, including the mayor.

On the stand, Bernard pushed the issue, calling it evidence of Cuellar’s threatening nature. Under heated questioning from Harrington, TCRP director and chief counsel, Bernard explained why he still wants Cuellar banned from City Hall.

“He was asking for the times the mayor comes and goes,” he said. “I’m still concerned about what he plans to do.”

Cuellar explained he hoped to start a website called “corruptionsa.com” and wanted to see what, exactly, he could access under the Texas Public Information Act. “I’m not demanding them, I’m asking for them. What’s the harm? I figured it’s just an exercise in open records requests,” Cuellar said, before conceding, “In hindsight, yes, I can see how it looks.”

Outside the courtroom, Harrington said the lack of concrete policy for the City to determine if and when to ban someone is troubling.

Both Bernard and McManus said Fire Chief Charles Hood and a deputy chief approached them in late August asking that Cuellar be banned from certain public buildings, a full six months after he left the department.

“I don’t recall the exact details of the conversations,” was a phrase both men repeated. Neither could remember where or when, exactly, the meetings with Hood took place. Neither had any documentation explaining their reasons for issuing the ban — no threat assessments, no police reports. “Other than recount what transpired some six months earlier, no new information regarding Cuellar being a safety threat was provided,” Rodriguez wrote in his ruling.

Similarly, records released by the city show police never deemed Foddrill, the other citizen banned from City Hall who has filed his own suit in federal court, a threat. What’s more, records show the City has in the past dealt with a threatening worker and handled the case very differently.

According to a police report, in May 2010, Raymond Galvez, a maintenance worker with City Convention, Sports & Entertainment Facilities, threatened to “shoot and kill everyone” after a testy office exchange. Police responded to Galvez’s home, evaluated him, and charged him with terroristic threat. Records show that officials then banned Galvez from all Convention, Sports & Entertainment Facilities buildings, but not City Hall or Municipal Plaza.

Harrington called the campaign against Cuellar “character assassination,” and insists the City only took action after Cuellar began to file sensitive records requests in August that unearthed questionable practices at the fire department.

One such request was right on target. On August 20, Cuellar asked for records on Nim Kidd, the man now in charge of emergency management at the Texas Department of Public Safety, suspecting the former SAFD district chief was somehow still drawing income from the City. As first detailed by an Austin American-Statesman investigation months after Cuellar’s records request, Kidd, DPS’ most costly executive, has a highly unusual, roundabout pay deal that allows him to continue to earn credit toward his City firefighter’s pension, even though he works elsewhere.

Bernard insisted the timing of the records request and Cuellar’s criminal trespass ban, dated 11 days after Cuellar’s request, are “completely unrelated.” Bernard and McManus would only say their meeting with Chief Hood, in which he called Cuellar a threat and urged officials ban him from City Hall, happened in “late August.” Both claimed to forget the date and had no documentation of any meeting with Hood to discuss Cuellar.

In court, Harrington asked McManus why he signed Cuellar’s ban without ever speaking to him or sending an officer out to evaluate whether he was a threat. “When I hear of a complaint from the fire chief and the deputy fire chief, I don’t take it lightly,” McManus said.

Harrington pressed. Why not offer him the opportunity to explain himself before calling him a violent threat before the whole community?