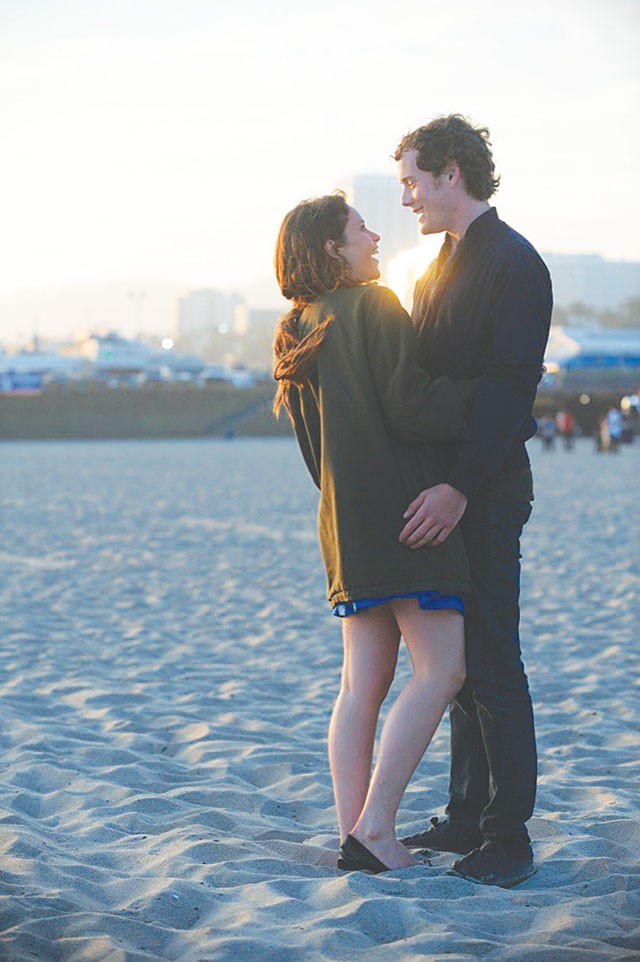 Anton Yelchin (Star Trek) and newcomer Felicity Jones play Jacob and Anna, two attractive college kids who meet during class and immediately fall head over heels in love. They relate to one another in intimate, clipped conversations that were mostly improvised by the actors, and Jacob, an American furniture-design major, builds Anna, a British journalism student, a wooden chair to prove his devotion. (The film's title is etched underneath — the first of many false notes in the movie.)

Eventually, it's time for Anna to return home for the summer and renew her student visa, but she can't bear to leave Jacob, so she stays … for a couple days. The pair bid a tearful adieu, I suppose, and wile away the months with their smart phones attached to their ears. (I use the word "suppose" because, in a move utterly out of step with the material, director Drake Doremus keeps the camera at a distance, employing time-lapse nonsense and shoe gazing to convey their sadness. It's absurd.)

Finally, their reunion moment comes, but there's a snag: Anna's visa has been revoked thanks to those few extra days, and she's not allowed back in the country. Thus begins an interminable second act in which Jacob becomes a successful chair maker, Anna gets a promotion, they marry in the U.K. on the advice of her lawyer, and Jacob gets to know her parents. But, surprise! Marriage doesn't fix everything in the eyes of the law, and they're pushed into the arms of others.

While the performances are fine (especially Jones', whose naturalism translates well onscreen), Doremus miscalculates where the viewers' interest lies. He speedily glosses over the many goodbyes and fights that would be central to any couple in their position in favor of scenes of torturously faux-realist conversation about Paul Simon and wine. He seems to fear the places Blue Valentine went despite Like Crazy's pre-production similarities to that film (Yelchin and Jones practically lived together for a month so Doremus could capture honest moments), which makes their connection feel inauthentic and polite.

These are the awful ties that bind long-distance-relationship sufferers and/or veterans; it's the horrible truth of the thing. Doremus and his film, despite an expert marketing campaign and a win at Sundance, are disappointingly incurious about them. That's the crazy part.