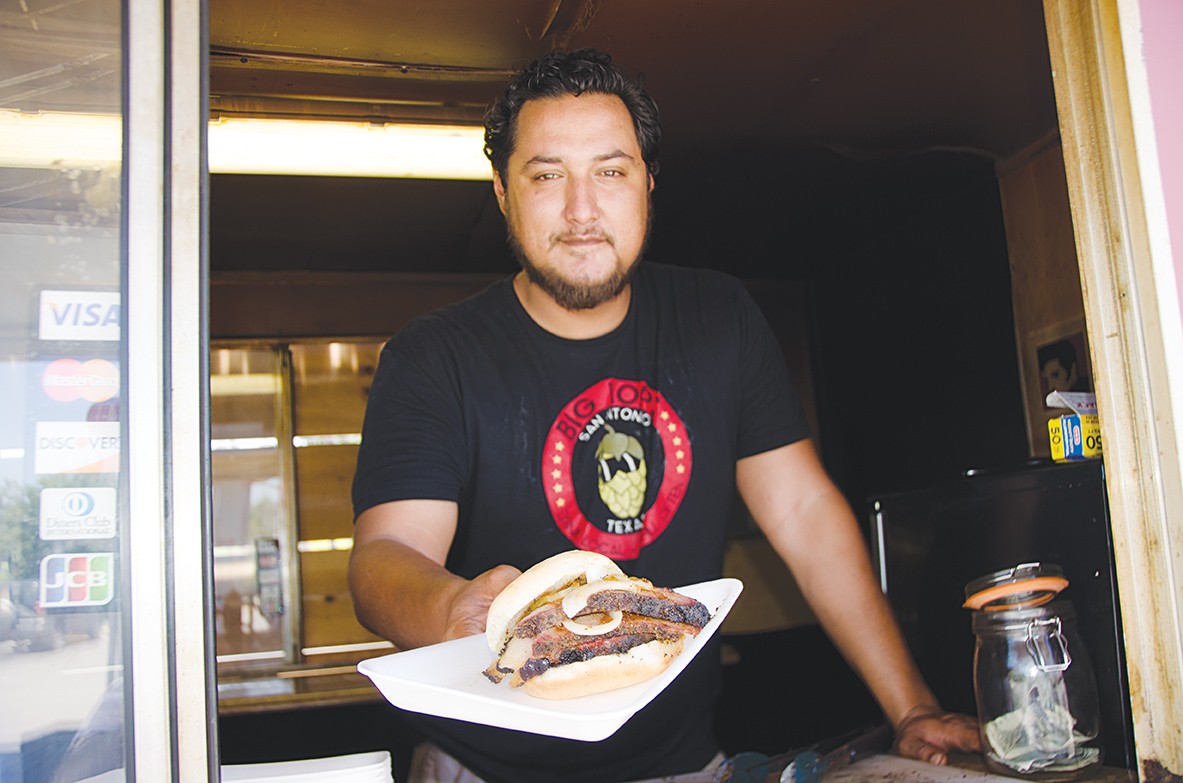 At Sweet Christi's BBQ, you will be sure to find a heavy helping of smoke, but don't expect a side of mirrors to come with it — this San Antonio food truck is the real deal. Co-owned by pitmaster Emilio Soliz and his wife, Christi Soliz, Sweet Christi's prides itself on developing its own unique path to success, creating a family-friendly environment and, of course, smoking traditional no-frills barbecue.

The Soliz family got into the barbecue business in June 2014, but the groundwork for Sweet Christi's food truck has been simmering for several years. Pitmaster Emilio Soliz, an Atascosa County native, always dreamed of opening his own restaurant and with the launch of Sweet Christi's, it seems that Atascosa County can now be known for more than just flash-flood warnings that appear on the bottom of your TV screen.

Soliz not only learned but fell in love with the art of cooking barbecue while working as pitmaster at Two Bros. BBQ Market. Before deciding to venture out on his own, he honed his skills under Jason and Jake Dady at the brothers' award-winning restaurant. For five years, the pitmaster perfected barbecuing techniques learned at Two Bros. before taking those skills to help craft Sweet Christi's smokin' menu.

The menu includes brisket, which according to Soliz is always the first item to sell out. If the brisket is all gone, you can always pick up the truck's "Giant Beef Ribs," an appropriate name as a single rib can feed up to three people. Soliz also specializes in Sweet Tea Spare Ribs, which are spare ribs caramelized with a strong batch of sweet tea; it doesn't get much more Texan than that.

In a world where everybody has at least one family member who claims to make the best barbecue, what is it that separates Sweet Christi's from your creepy second cousin Carl's backyard cookout? For starters, unlike creepy Carl, Sweet Christi's always makes sure to provide a family-friendly environment. Soliz and his wife have been married for 10 years and have four children together; family is not just important to the couple, but it is one the main reasons they decided to invest in their own truck.

The move allowed the couple to create their own hours, as well as spend time with their children at home while smoking the day's food (#relationshipgoals, indeed).

The couple also spends Fridays selling barbecue at Toni Jo's Food Truck Park, which comes with a play area and an ice cream truck to keep the kids smiling.

An independent approach, family-friendly atmosphere and traditional-cooking are all found at Sweet Christi's. Stop by its usual spot, 1902 Stedwick Road, Wednesdays, Thursdays and Sundays until sellout, or Toni Jo's Food Truck Park in Helotes on Friday nights.