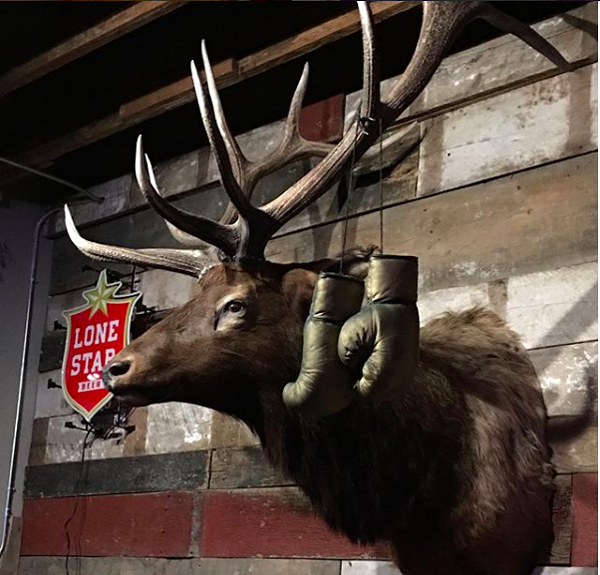 Three days into its tenure at the corner of Broadway and Grayson, the patio sports bar has drawn sizable crowds. Saturday's soft opening was filled with well-wishers who missed their old stomping grounds, and as of Tuesday, the 3,000-square-food space had already served as a meeting space for a local nonprofit.

The similarities are there — it's a casual joint for buddies, there are inexpensive classic cocktails to consume, cold beer and a pleasant enough playlist fills the air. Bar-goers include service industry workers, dodgeball leagues, professional groups and everything in between.

But it's in its differences that Still Golden really shines. This bar is comfortable enough to spend several hours in while watching Broadway foot traffic go by, and there's ample indoor seating to avoid the summer heat (or try to at least). Much like its previous location, Still Golden is welcoming visitors from neighboring businesses. Instead of it being a Pearl crowd, Grayson Street is about to have its moment as bar and restaurant-goers bar crawl from Shuck Shack to Grayze to The Bin to The Modernist to Still Golden.

The Game of Thrones tipples are gone save for one new drink (a Fernet and cold brew infused "Girl Has No Name") by general manager Stephan Mendez. Though Chiflada, a food truck by Jessica Vargas, won't open until later this week, Fremonti Coffee, a mobile coffee cart, is keeping bar-goers caffeinated with a variety of espresso drinks and rotating beans of the week from Chicago's Metric Coffee.

The cart, owned by business partners Robert Pecina Jr. and Daniel Rodriguez, usually serves until closing and will call Still Golden home for the next two weeks. Fremonti closes at midnight on weekdays and 2 a.m. on weekends.

Though parking doesn't seem to be an issue just yet, ride shares are your best bet.