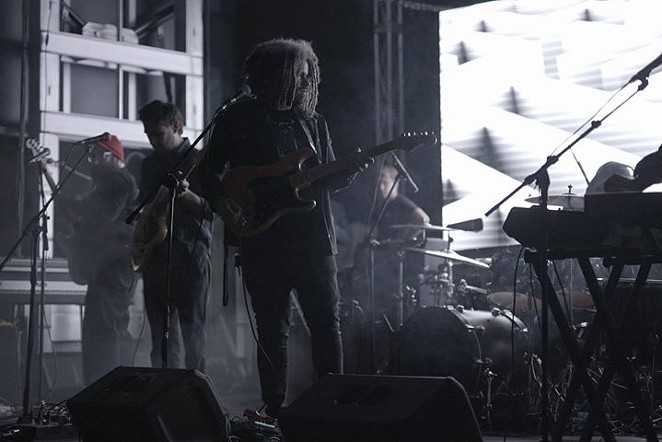 Multi-instrumentalist Edwin Stephens is best known as the frontman for the soul-heavy, indie rock outfit Fishermen and former lead guitarist for alt-rock outfit Blowing Trees, who landed a video on MTV2.

From producing bands like Verisimilitude to playing in his own projects, Stephens has invested 20 years in the San Antonio music community and has a definite perspective when it comes to seeing it continue to grow.


Talk about your involvement in the San Antonio music scene.


I’ve been playing shows since the early-2000s. I played a few shows in some punk bands, but the first real serious band I was in as Blowing Trees. Around the same time I was throwing underground hip-hop shows at this place called the Honey Factory with D.J. Scuba Steve and R.E.L. from Chisme.


Since the early-2000s, what’s changed in San Antonio and what’s stayed the same?


There’s never been one “scene” in San Antonio — there’s these different fragmented pockets — these isolated bubbles, which is cool. And each one develops its own unique organic property, and in some of these communities, there’s [artists] who are really [making a name for themselves]. There’s all these amazing [scenes], but none of them intersect anywhere.


Do you think there needs to be more cross-over between them?


Yeah, definitely, and I don’t think it’s for lack of will. It’s definitely something that needs to happen. But I never get the feeling that people don’t want to be connected and intertwined in San Antonio. I just don’t think we know how, and we don’t have the various types of resources like spaces to have that unity.


What’s the biggest change you’d like to see here?


I’d really love to see more people vested in the success of other people’s projects. I don’t say it like it’s not happening, but just seeing people bragging on each other I think is the kind of environment and community that fosters success. The reality is, it’s a way bigger statement to be a spokesperson for your friend who you think is the dopest than it is for your friend who is the dopest to tell other people that they themselves are the dopest. So, if your friend is dope, tell people that they’e dope. Brag on them and brag on our city.