Five Places I did Most of My Drinking in 2013 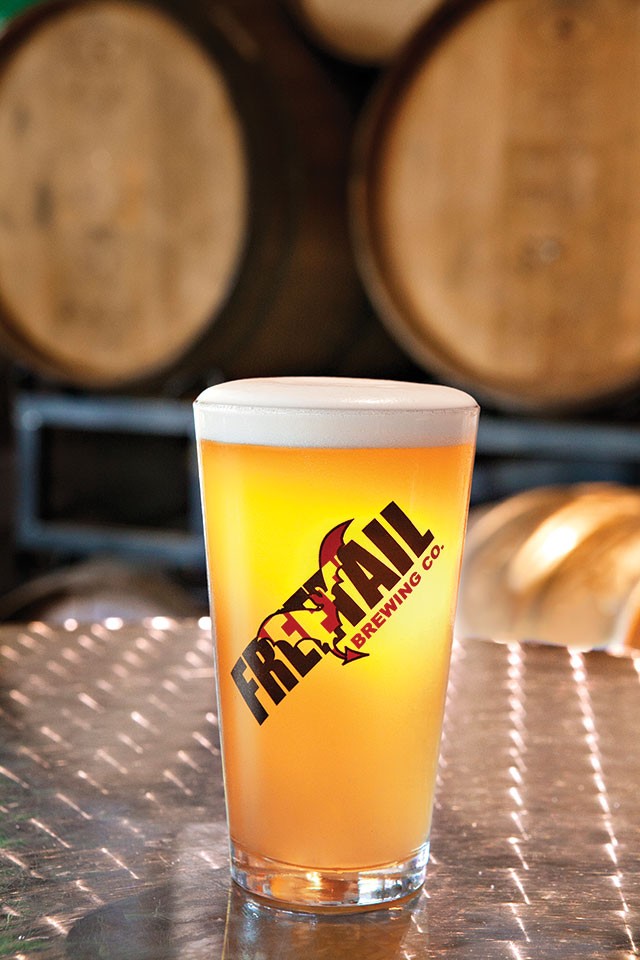 The year is drawing to a close, and you know what that means—year-end lists. We journalists love them, and readers love to tell us why we’re wrong and what we overlooked.

As I’ve mentioned before, I live in Austin, but business brings me into San Antonio about every other week. Sometimes overnight. Spend that much time anywhere and you gotta scout out the best places to drink. Here’s my 2013 list of the best beer bars in the Alamo City.

The Friendly Spot: Seriously, how are you gonna top this? A wall of great draft beers, including some of the most adventurous Texas brewers, in a relaxed beer garden setting under big, gorgeous pecan trees? All that adds up to what is surely the most appropriately named business in town. And they’ve discovered what I believe is the sure-fire formula for business success, at least among us older, family-guy types—beer and a playscape.

Freetail Brewing: The only thing that gets me more excited than a big wall of beers is a bar/restaurant that makes its own (aka a brewpub), and does it well. I’d already loved Freetail just for the fact that its owner, Scott Metzger, busted his butt at the state Capitol this past legislative session working to change Texas laws that had been hampering the success of brewpubs in this state. But it ain’t just the new laws that promise success for Freetail—it’s the delicious beer, as well as some good pub food.

Blue Star Brewing: I’ve heard people describe this Southtown brewpub as hit-or-miss, but I’ve managed to have some hits there. The Spire Stout does a good fill-in for Guinness and the King William Strong Ale was sublime. I haven’t tried enough of the food, but I like what little I’ve had. Plus, it’s well situated in the Blue Star Arts Complex and on the Mission Reach, perfect for some touristing, even if you’re a resident. And it’s right near …

1919: Yeah, I know, this place sells itself on a world-class bartending crew that can mix up just about any mixed drink you’ve ever heard of, but with 19 taps and 60-80 bottles—including some absolutely divine Belgian stuff—it deserves respect as a beer bar as well.

La Tuna Ice House: I hear La Tuna Grill is great. I wouldn’t know—I tried to go once, but never made it past the adjoining ice house. It has the same formula as the Friendly Spot—good beer selection and nice trees to drink under.

Now, I know what you’re thinking, based on four of those five: “Lee, seriously, you’ve got to try more than the King William District.” I agree. Please, please enlighten me on what I’m missing in other parts of town. I encourage you to hop online and comment on this article with your faves. My 2014 Bottle and Tap resolution: I’ll make every effort to get there. Nothing is more fun that having one’s beer ignorance alleviated.