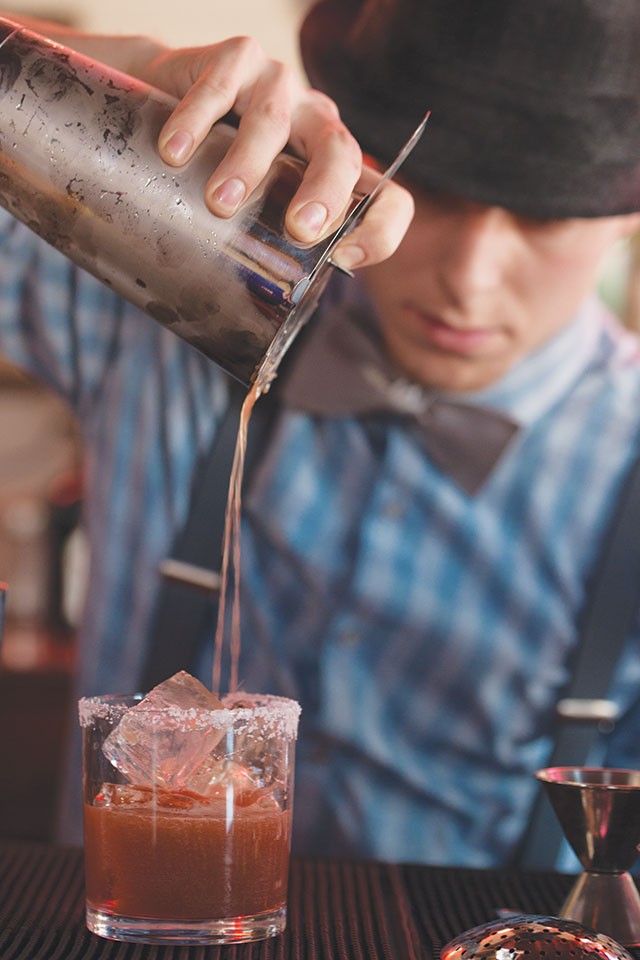 Ain’t no party like an absinthe party? Minnie’s Tavern (328 E Josephine, (210) 220-1890) is about to find out as it hosts its first spirit seminar of the year. Chef Stephen Paprocki of NuStar Energy will lead interactive table tastings of the green fairy in Minnie’s upstairs bar at 10 p.m. Saturday, February 15. The event is free, but limited to 40 guests and reservations are required. Bar manager Andy Hack will man the downstairs bar with a set cocktail list (Sazerac, Corpse Reviver, Absinthe Frappe, and Block and Tackle) starting at 11 p.m. The upstairs bar was previously opened for a speakeasy event last December.

In Johnny-Hernandez-Doesn’t-Sleep news, the chef finally released details on his latest endeavor. El Machito (7300 Jones Maltsberger) will sit inside the former Firebird Grill, which closed last fall. The 4,000-square-foot restaurant will feature lots of patio space and should seat about 275 according to Hernandez, who is aiming for an April opening. Expect to find an open kitchen to showcase the wood-fired meats.

Dough Pizzeria Napoletana (6989 Blanco, (210) 979-6565) has reopened after expanding its kitchen to accommodate two imported wood-burning ovens. This means an expanded pizza and cheese line for the Food Network fave and that’s excellent news because I hate waiting for my fresh mozzarella balls. The restaurant had previously expanded to accommodate the onslaught of diners after Guy Fieri’s 2011 visit.

Fans of Barbaro, the Brooklynite, Nao, Blue Box and the Green Lantern have been enjoying two new bar pop-ups of sorts lately. On Monday nights, Steven Martin (most recently at NAO) and Johnny Bernal (of Green Lantern) are taking over Olaf’s upstairs bar at Blue Box (312 Pearl Pkwy, (210) 227-2583) to hone the opening cocktail menu for George’s Keep at Eilan (17101 La Cantera). On Thursday nights, Martin joins Jeret Peña for a takeover of the bar at Barbaro (2720 McCullough, (210) 320-2261) for shits and giggles.

Let’s say you didn’t make reservations for Valentine’s Day (you’re that asshat)—chill yo. Make it up to your significant other by treating him or her to one of two dinners taking place the following weekend. You’ll skip the lovey-dovey crowds and enjoy some kickass eats via Cutthroat Culinary and the Texas Cooks’ Co-Op. The former will host a six-course traditional Mexican dinner on February 23 with a modern twist at the Art Institute of San Antonio (10000 W I-10). Tickets ($50 per person) can be purchased online at squareup.com/market/cutthroat-culinary-san-antonio. Also on February 23, Texas Cooks’ Co-Op will remember Charlie Trotter, an American chef and restaurateur who passed away last November at age 54. The $70, 12-course dinner (wine pairings included) will take place at Zocca at the Westin Riverwalk (420 W Market). Email the group at texascookscoop@yahoo.com for payment details.