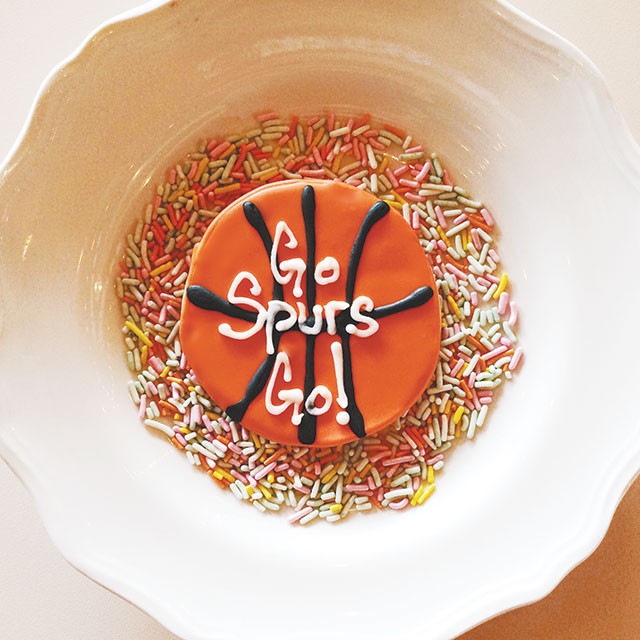 Breakfast tacos really do have a stronghold in this city. Vinny’s Donuts (124 Broadway), which opened in mid-January closed its doors less than two weeks ago. Vinny’s is the second restaurant to come and go in the space since Twin Sisters closed its doors after serving downtown for more than a dozen years. Vinny Pharakhone, the shop’s namesake, is ditching glazed donuts for sushi rolls by opening Kawashi Sushi at the same location in the next few weeks. We’re hoping this one sticks.

L & L Hawaiian Grill (1302-1 Austin Hwy) opened last week to epically long lines of diners hoping to get their hands on the Saimin, a burger that uses soft but sturdy ramen noodle cakes for buns. According to Sarah Yee, owner of the SA location, the eatery was out of the ingredients for the Saimin burger for two days, but is having more shipped in from the big island. The burger itself is definitely a novelty, but the eatery is also known for chicken katsu, kalua pork, Loco Moco (hamburger patties over rice, covered with brown gravy and topped with two eggs) and unexpectedly delicious musubi rolls made with grilled Spam, chicken katsu or grilled beef.

Not only do we get to exact revenge on the Miami Heat starting Thursday, June 5, but we also get to enjoy more Spurs-themed treats on game days. Fans of the Spurs donuts can visit El Volcan Panaderia (359 Bustillo), Panifico Bake Shop (602 NW 24th) or the southwest Bedoy’s Bakery (1318 Cupples). Those wanting a bit more finesse can head to Bakery Lorraine (511 E Grayson) for Spurs-themed French macarons in angel food and a special raspberry “throwback” theme that features the Spurs retro colors of teal, orange and pink. And if sugar cookies are your jam, head to Bird Bakery (5912 Broadway) or Kate’s Frosting (multiple locations) for “Go Spurs Go” basketball cookies.

Chef Luca Della Casa of Silo and Nosh made his Next Food Network Star debut this past Sunday. Aside from his work with both Silo locations and Nosh (1133 Austin Hwy), the Italy-born chef worked at Andrew Weissman’s Le Rêve and Il Sogno. The show airs Sundays at 8 p.m.

San Antonio is having a beer moment. Yet another growler station has opened, this time inside the spot formerly known as Rev Room Sports. Missions Untapped (8123 Broadway, Ste B) opened this past Friday with 10 beers on tap and an assorted offering of bottled craft brews.

In more beer news, Southtown Beer Camp at The Friendly Spot (943 S Alamo) is set for June 18 at 7 p.m. Campers will sample brews and bites via Lagunitas Brewing while playing camp games and learning about the selections all for $50. Contact Mel Ramos at mel@thefriendlyspot.com for reservations.