Flavor File: Latest Resto to debut at Pearl, Aldaco’s at the Dominion and Rivertini in June 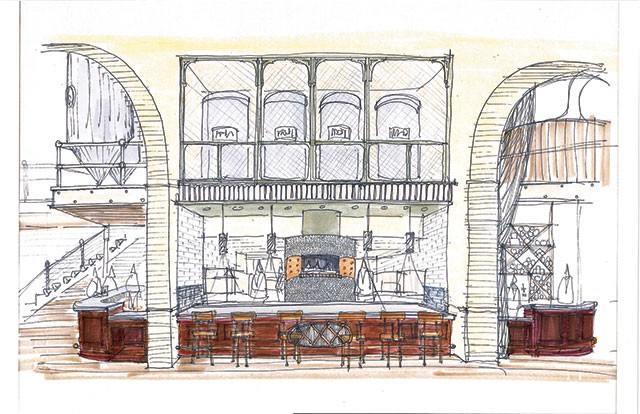 Culinaria’s Festival Week and San Antonio Beer Week have come and gone, but the food fun won’t be stopping any time soon.

Jeff Balfour (formerly with Citrus at Hotel Valencia) has announced the name for his upcoming solo venture at the Pearl Brewery. Southerleigh Fine Food and Brewery (136 E Grayson, Ste 102) will open this fall on the ground floor the Pearl brewhouse with Balfour at the helm of the kitchen and brewer William Les Lock Jr. (formerly with Branchline Brewing) working the tanks. The menu will feature a mishmash of Texan cuisines with coastal and Southern influences. Eaters will find hand-rolled pretzels, Texas Longhorn jerky, wood-fired meats, traditional shellfish boils and beer-braised meats.

Cocktailians should really be paying attention to Blue Box Bar (312 Pearl Pkwy, (210) 227-2583). The bar, which recently turned two, has re-launched Wednesday night cocktail flights with ’tender Olaf Harmel. If you’re looking for a deal, bar manager Stephan Mendez is making drinking just a tad cheaper with half-off a spirit of choice. Last week’s was Alipus Mezcal and I missed it. Learn from my mistakes and keep an eye on Blue Box’s Facebook page. Discount Tuesdays run 9 p.m. to close.

The sixth annual RiverTini Pour-Off returns to the Embassy Suites Riverwalk (125 E Houston) on Monday, June 9. Tickets run $65 in advance, $75 at the door and $100 for VIP admission. The annual San Antonio River Foundation fundraiser brings together 20 of the city’s best bars in this fierce and booze-drenched competition to see who can make the best martini.

SA Food Bites, the brainchild of Jaime Alexander Treviño, has quietly launched at the Quarry Farmers & Ranchers Market over the last few weeks. Along with the occasional pig roast, Treviño is working on launching a line of “foodie fabrics,” a clothing line that includes aprons and tees. My personal fave was Treviño’s “Black Angus” take on Black Flag’s logo with meat cleavers instead of stripes.

Any pesto fans out there? The Pearl Farmers Market, which celebrated its fifth anniversary this past weekend, will host the San Antonio Herb Market Association on Saturday, May 31 for Basil Fest. Different varieties of the herb will be offered along with free seminars for plant care and a chef’s challenge basil-off. A portion of the proceeds will go toward Meals On Wheels in San Antonio.