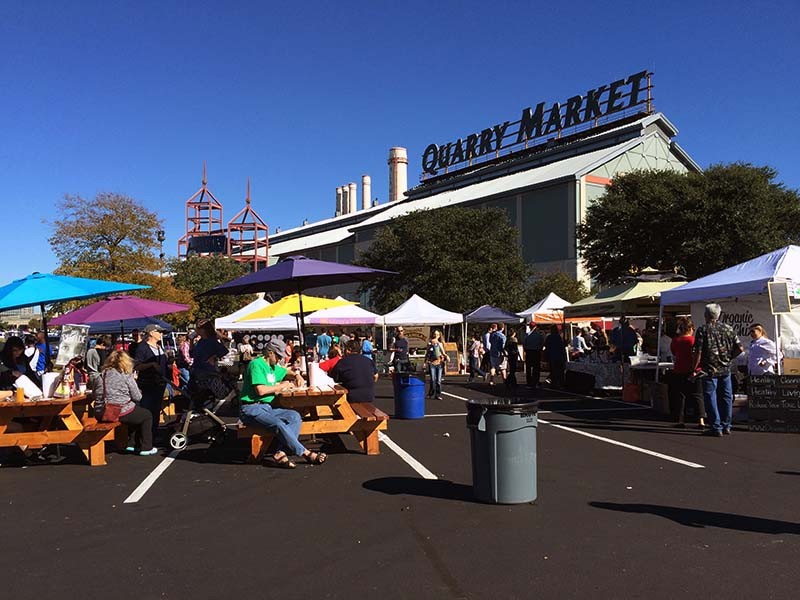 Times are a-changing for the Quarry Farmers & Ranchers Market after receiving a letter of early termination from the Alamo Quarry's management company, American Assets Trusts, which terminates their lease agreement effective December 8. A bit of history: The market, founded by F. David Lent and Heather Hunter, has spent the last three years at the Alamo Quarry, quickly gaining a following for its well-curated list of vendor members and chill vibe. A handful of businesses have tilled steady audiences at the market, including Bakery Lorraine (which recently relocated to the Pearl complex), La Panadería (which is expanding its first location on Broadway within the next month), while Revolucion Coffee + Juice and The Lemonade Co. have gained followers that procure their juices outside of the market. Regardless of the reasons as to why the market is being pushed out of its home, Lent and Hunter are shopping offers for spaces within a two-mile radius of the original location. They're considering space requirements, electrical needs, potential for longevity and accessibility before making their big move. Ultimately, wherever the market lands, they'll need the support of market-goers to continue growing and providing SA with fresh produce, humanely raised meats and locally produced goods. The Quarry Farmers & Ranchers Market's last day is set for Sunday, December 7.

In slightly more upbeat news, Bob Riddle of Big Bob's Burgers is teaming up with Elf Louise for Jingle Bells and Burgers on December 9, from 6:30-10:30 p.m., inside Big Bob's massive new location at 4553 North Loop 1604 West. For $20, guests can enjoy a burger, fries, a drink and Alamo Beer. The night will also include music by Lucas Jack and a cameo by Santa. All proceeds will go toward the Elf Louise Christmas Project, which delivers gifts to disadvantaged kids in the area.

Noodleheads—Jason Dady is hosting ramen week at Umai Mi (555 W Bitters, (210) 496-0555) through Saturday, November 29 (except for Thanksgiving Thursday). Go get a bowl, priced in the teens, and escape from the family madness.

In case you've been under a rock this past week, San Anto welcomed its first In-N-Out Burger at 10918 Culebra. The scene isn't chaotic, but does require some patience. The Cali-based burger joint opens daily at 10 a.m. and closes at 1 a.m. Sundays through Thursday. Fridays and Saturdays the restaurant is open until 1:30 a.m.