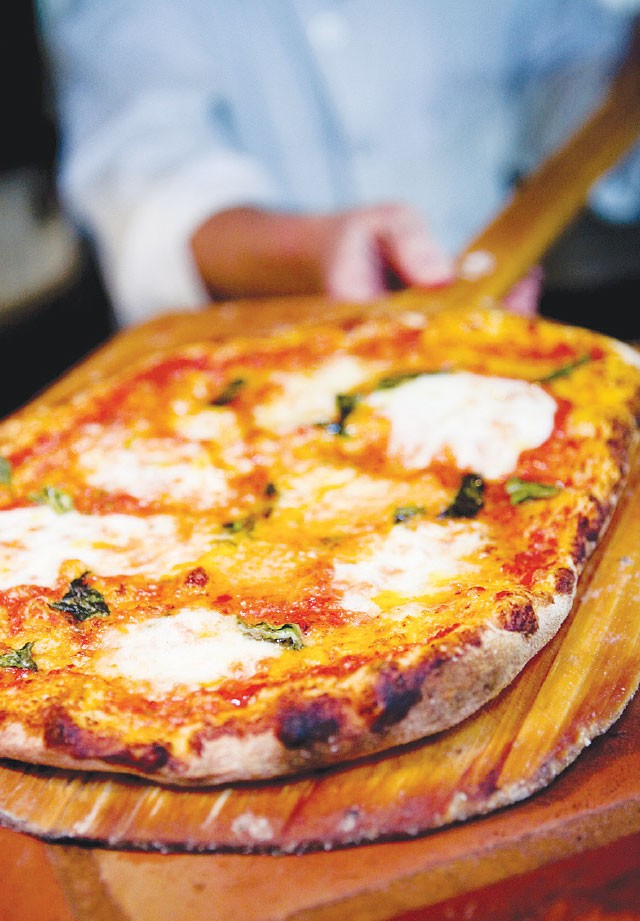 Hold on to your butts. Lots of food business to report: Piatti is adding another location on the Northwest Side of town at Eilan (17101 La Cantera Pkwy). The new 4,742-square foot restaurant, which specializes in Italian-inspired eats, is slated to open October 22. It will seat 204 guests and feature a barrel-to-table wine program. The mixed-use development currently houses Sustenio as its only restaurant.

Fattboy Burgers and Dogs (2345 Vance Jackson) also hopped closer to the Northwest Side with its second location. The burger joint is using the spot previously occupied by Gourmet Burger Grill, giving the restaurant a slightly corporate feel (in a good way). The menu is identical to the original location and the burgers are still a force to be reckoned with.

Private chef and caterer Mariah Delay Lange has been rolling out her little blue food shack behind TBA (2801 N St Mary’s) for the last few weekends with Italian meatball sandwiches and pork belly banh mi, and I’m hearing good things. Check it out for a late-night option and expect the menu to expand in the near future.

Kudos to Cheesy Jane’s (4200 Broadway) which celebrated 13 years of dishing out juicy burgers in San Antonio at the end of September. The restaurant has a location in Boerne and two mobile food trucks.