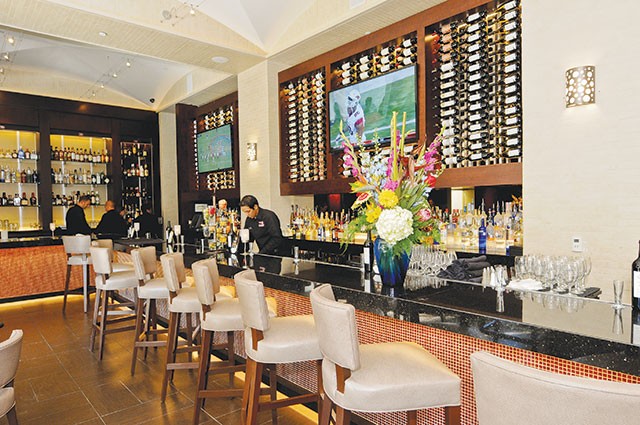 Jason Dady can add People’s Choice champ to his resume. The chef, his brother Jake, plus team members Shi Mei and Esteban Valdez competed in the first ever Smoke ICC Competition during the eighth annual Star Chefs International Chefs Congress this weekend. The team made SA proud by bringing home several awards including Reserve Grand Champion. Austin’s team from The Carillon took home “Best Overall Prize.” Get to Two Bros. BBQ (12656 West Ave) ASAP before the lines get out of hand.

When Green Vegetarian Cuisine shut down it’s original location early this year, it left a hole in the Five Points’ culinary scene. Taps y Tapas (1012 N Flores) is about to open in the old Quincy’s Deli, and from the looks of it, partners Denise Aguirre and Noel Cisneros (owners of the The Point Park & Eats off Boerne Stage Road) and chef Luciano Valadez (of Texasada food truck) are looking to fill that void with a selection of modern Mexican cuisine, a sweet brew tap system (brought to you by the Newman Project) and a spacious outdoor patio. Follow Taps y Tapas on Facebook and Twitter for updates.

Fed up with shitty fast food lunch options? Yeah, so is Andrew Weissman. Chef opened his curbside window at Minnie’s Tavern (328 E Josephine) this past Thursday for quick, healthy and organic falafels at $7 a pop. The massive falafel was complete with harissa, tahini, dill labneh, pickled veggies and Bibb lettuce. Lunch began at 11 a.m., and the falafel sold out before 2 p.m., so get there early this week if you want a taste. Follow Weissman on Twitter for details on the next sammie.

Nationally, Chipotle is finally rolling out bacon-free pinto beans for “vegetarians, vegans and the bacon-averse.” E.L. James of 50 Shades of Grey fame is releasing a pair of wines from California because of wine’s “important role” in the trilogy. Oh, and Burger King has unleashed “Satisfries,” (or as one friend of the editor’s calls them, “saddest fries”) crinkle-cut spuds with 30 percent fewer calories and 40 percent less fat.