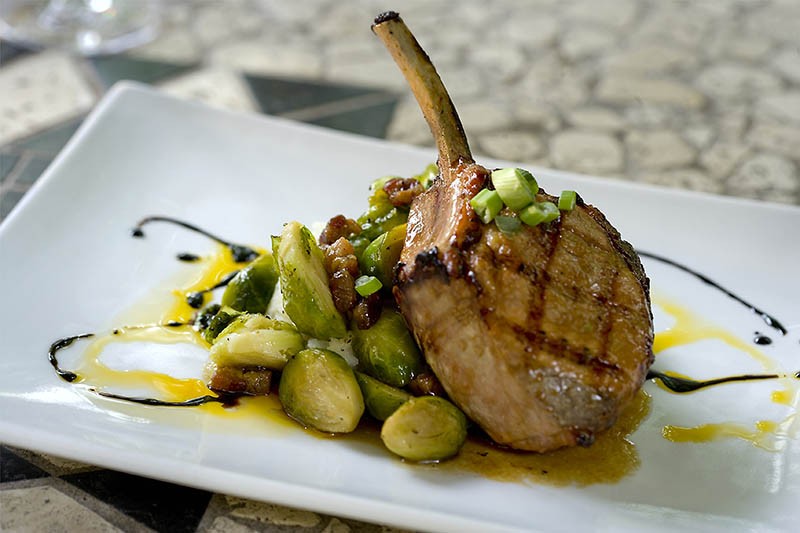 Foodies hoping to escape San Antonio during the last weekend of Fiesta can take a quick trip to Austin. Trade turkey legs and gorditas for the Austin Food + Wine Festival, April 23-26, which will feature five SA chefs, including Jason Dady (who will compete in the Rock Your Taco challenge judged by Bizarre Food's Andrew Zimmern); Diego Galicia and Rico Torres of Mixtli; Steve McHugh of Cured at Pearl; and Quealy Watson of Hot Joy. Tickets to the chef-studded weekend are nearly gone, but some all-in ($550) and weekender ($250) passes are still available at austinfoodandwinefestival.com.

Pop-ups are so hot right now. There are two on the way, and another that recently kicked off inside Lupita's Mexican Seafood (101 Carson). Gallo/Toro, held Sundays and Mondays from 6 to 11 p.m., features an a-la-carte menu of modern Mexican dishes such as Mayan hummus, requeson ravioli and Nutella-based besos de merengue. On Sunday, February 8, the Southeast Asian-inspired Tim Doi will host its second dinner, this time inside 2809 N St. Mary's. The multicourse dinner will also feature cocktails created by pop-up chefs and partners Jerald Head and Kane Sorrells, sous chefs at Arcade Midtown Kitchen. Tickets, at $80, can be reserved at kwsorrells@gmail.com or calling (210) 620-1185. Finally, The Experiment will host its first dinner on Sunday, February 22, also at 2809 N St. Mary's. Operated by Winnie Mak and Lorenzo Morales of Tuk Tuk Tap Room, the pop-up will host an "Oz and Floyd" themed event with an a-la-carte menu and groovy tunes. Email theexperiment1973@gmail.com for reservations.

The city's caffeine levels keep rising as CommonWealth Coffeehouse and Bakery (118 Davis, 210-560-2955) opened its doors this weekend. The shop, which sat around in limbo as the city cleared up a pricy zoning snafu, sits inside a quaint remodeled home and will feature baked goods and Cuvee Coffee.