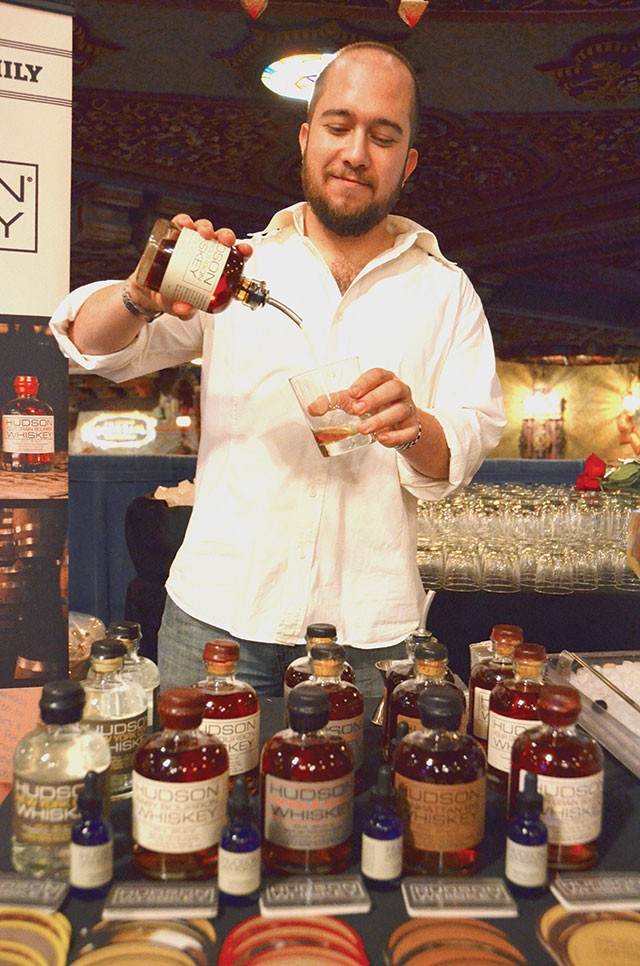 San Antonio Cocktail Conference tickets are finally on sale and make excellent holiday gifts for the cocktailian in your life. Slated for January 16-19, the conference will include the now-standard classes, parties and tastings with the addition of a few new soon-to-be faves including the All Texas Night (a celebration of all Texan-made spirits), the Saturday Night Stroll on Houston with parties at Lüke and Bohanan’s, a screening of “Hey Bartender” and a Sunday night closing party at The Brooklynite. Prices vary—$10-$125 for screenings, after parties, etc.—and $250-$300 for variations of the all-access pass. Proceeds benefit two nonprofits: Heart Gift and San Antonio-based ChildSafe, so you’re boozing it up for a good cause for once. Visit sanantoniococktailconference.com for deets.

Another great gift idea comes via chef-caterer, Tim McDiarmid. Gift certificates for cooking classes ($700 for up to 10 people) and healthy meal delivery boxes ($175-$275) are now available through her website, timthegirl.com.

Southtown’s Bite (1012 S Presa) has added brunch to its lineup. Patrons can stop by Sundays from 11 a.m. to 3 p.m. to enjoy Lisa Astorga-Watel’s goodies such as chorizo frittatas, calzones, eggs Benedicts and butter-poached salmon. Oh, and a build-your-own-Bloody-Mary bar, because duh.

Spike TV will be in SA on Friday, December 13 at the Bank of America Plaza (300 Convent, Ste 1330; 10 a.m. to 5 p.m) to hold auditions for the first season of Frankenfood. Hosted by celebrity chef Josh Capon of New York’s Burger & Barrel and Lure Fishbar, Frankenfood will pit extreme culinary creations and their makers against each other. Have a kickass recipe for a quadruple beef patty or something equally terrifying (and delicious)? Then head over to sharpentertainment.com/casting/frankenfood for details on how to apply.

Be still my heart: Downtown is getting a new doughnut shop. Vinny’s Donuts (124 Broadway) will replace Taste Crepes and More by year’s end according to shop owner Vinny Pharakhone.

The recently opened C’est La Vie Baking Co. (8055 West, Ste 107) is turning a negative into a positive. After discovering the shop fell victim to a smash-and-grab over the weekend, owners Eric Lowe and Taylor Becken decided to host a food drive during its grand opening on Friday, December 6 to benefit the San Antonio Food Bank and help relieve families in need. Way to flip the script, Eric and Taylor.

Big Hops Growler Station No. 2 (11224 Huebner, Ste 204) will open its doors this weekend. Get your growlers ready.

In not-so-awesome news, Takoriya’s owner JK Song announced on Facebook and Twitter that the truck will take yet another hiatus. He hopes to be back on the road in April 2014.

Lastly, Leon has closed its doors. The bar tried rebranding its image from Revolution Room to Leon in August, but wasn’t performing as anticipated according to marketing manager Joel Rivas.