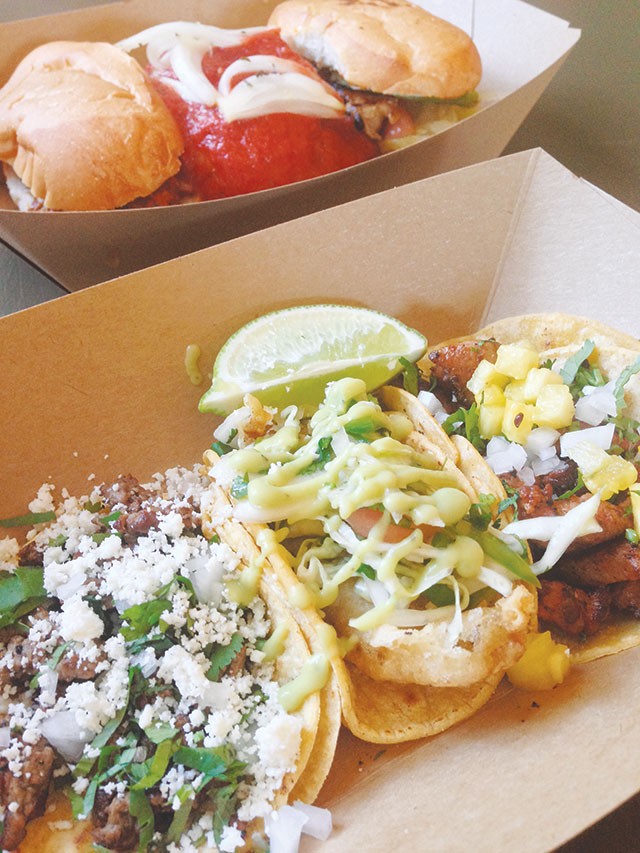 While the SA Beer Festival was coming to a close, Taps y Tapas (1012 N Flores) was on day two of its soft opening weekend. The modern Mexican restaurant is serving up Tortas Three Ways (cochinita pibil, a spicy torta ahogada and a torta estilo Jalisco), Tacos Three Ways (al pastor, asada and fish tacos), two types of empanadas, an arroz negro risotto, loaded kale salad and braised beef ribs in guajillo sauce. The restaurant, which also has24 beers on tap, will be open Wednesdays through Mondays for lunch and dinner.

Beer nerds on the northwest side of town will be able to fill up their growlers at the second Big Hops Growler Station (11224 Huebner, Ste 204). Situated between a Freebirds, Jimmy Johns, Papouli’s Greek Grill and the new Fattboy Burgers, Big Hops 2 will include an outdoor patio for folks to enjoy food from each of these eateries with their favorite beers. Owner Rob Martindale hopes to open before Thanksgiving.

On the burrito front, Habanero’s Grill will open a third location at 12243 Nacogdoches Road around Thanksgiving. This location joins the ones in Embassy Oaks and The Rim for owner Steve Kraft.

Chef Stefan Bowers will host Robbie Nowlin on Monday for the second of the Monday Night Guest Chefs series dinners at Feast (1024 S Alamo). After spending time in Jason Dady’s The Lodge, BIN 555 and Cali’s famed The French Laundry, Nowlin is currently at the helm of the kitchen at OMNI La Mansion del Rio. The dinner, limited to 65, sold out in record time. Don’t miss the next one: Follow Feast on Facebook and Twitter for details on November’s dinner.

Mixtli (5251 McCullough) has launched a Kickstarter campaign to fund a rooftop garden on its train car location. The restaurant, owned and operated by Taco Cabana corporate chef Diego Galicia and caterer Rico Torres, hopes to use the rooftop garden space to supplement its sustainability. Galicia and Torres have 30 days to raise $6,000. As of press time, the campaign had 17 backers with a total of $758 funds pledged.

In the mood for kimchi tacos? Takoriya, the Mexican-Korean fusion food truck, has reopened after a lengthy hiatus. Owner JK Song is dishing out Mex-Korean snacks including kimchi-filled bowls and burritos at area H-E-Bs and The Block (14530 Roadrunner Way).

In a special Pearl Farmer's Market promotion last Saturday, Meatopia slashed its price by a third for in-person purchases at the Market that day only, but I bet prices will continue to drop in the days leading up to the November 3 event.*

In case you were running out of places to eat Mexican food, Cha-Cha’s (2026 Babcock) is reopening. A call to the second location on Bandera confirmed that the family-owned restaurant is opening its doors on November 1. The Babcock location had closed in early March.

*This article has been updated from the original.