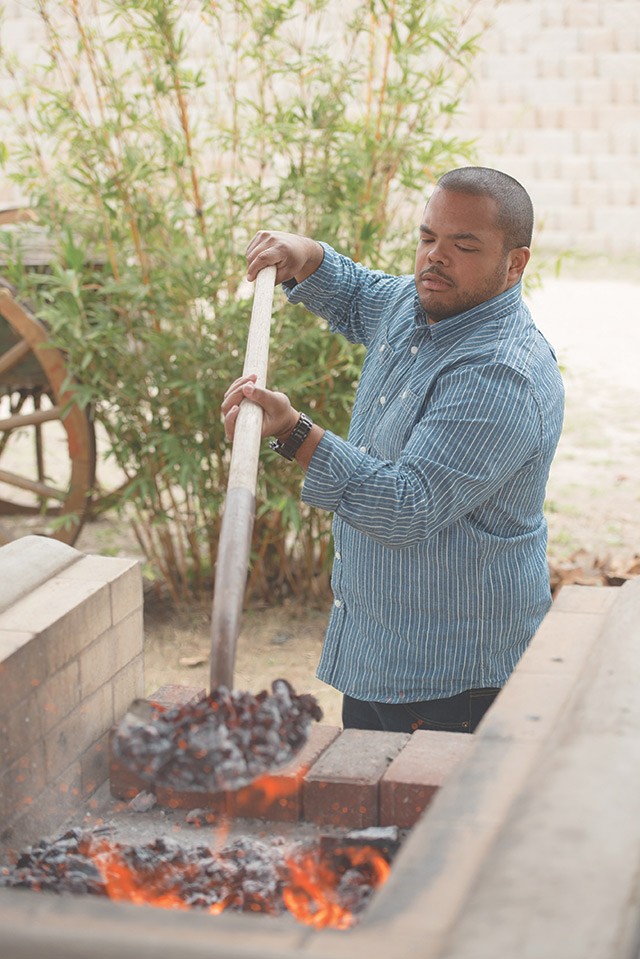 Speaking of Hernandez, the chef and owner of La Gloria, True Flavors catering and El Machito was featured on Cooking Channel’s Man Fire Food with host Roger Mooking on Tuesday, July 1. The episode featured lessons on grilling cabrito along with stops at the Culinary Institute of America—San Antonio to check out their outdoor fire pit and a visit to Elgin for some sausage making.

In other national news, H-E-B’s first restaurant and bar at 23635 Wilderness Oak has garnered attention via Huffington Post and Kitchenette for its no-tipping policy. Stone Oak’s Oaks Crossing serves up barbecue and beer, but also doesn’t encourage tipping. Tips from the first week of business, which totaled $600, were donated to the Parman Library. To make up for the lost tips, servers are compensated with a competitive wage according to H-E-B’s director of public affairs Dya Campos, who said, “partners are not expected to earn their salary on tips, they are fully compensated with a stable salary.” The policy will be posted behind the bar, on receipts and on menus, and partners (a.k.a. employees) will choose new charities each month. Considering the slew of tip-averse folks that have come out of the woodwork since last week’s cover story (“5 Reasons Your Server Hates You”), the news might make some of you very happy.

Big Hops Gastropub (22250 Bulverde, Ste 106, (210) 267-8762) is adding waffles to the menu. The far Northside restaurant and bar began serving brunch this past Sunday from 11 a.m. to 2 p.m. The menu incudes chicken and waffles, a chorizo-laden, Texas Toast-supported take on eggs Benedict, biscuits and gravy and a bacon madame sandwich with a fried egg, bacon, cheese and Béchamel sauce. Pries range from $5 to $9 on most items, and bottomless mimosas start at $9.

More new menu items are in store at Max’s Wine Dive (340 E Basse, Ste 101, (210) 444-9547) where chef Justin Johnson is adding lighter fare for the hot summer months. Items include giant calamari, fried green tomatoes, seared salmon over a bed of zucchini ribbon “spaghetti” and a falafel burger. Or you can try the “State Fair” chicken-fried bacon and call it a day. The Houston-based eatery will also be celebrating National Fried Chicken Day on Sunday, July 6 with a special of jalapeño-buttermilk marinated chicken, mashed potatoes, collard greens and Texas Toast.