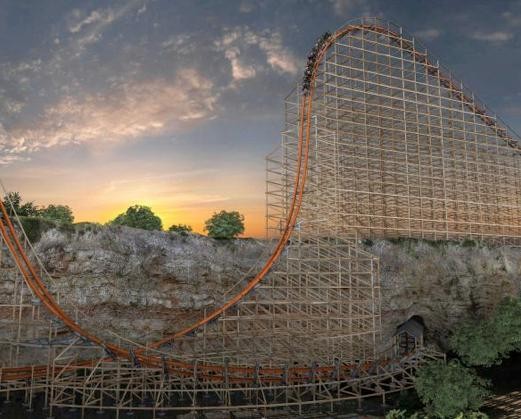 The new and highly advertised ride at Six Flags Fiesta Texas, the Iron Rattler, will remain closed while officials continue to investigate the horrific tragedy that occurred in Arlington involving a similar roller coaster.

Last Friday evening a woman was thrown to her death from a star attraction of Six Flags Arlington, the Texas Giant. Witnesses relayed to authorities that Rosy Esparza had in fact expressed concern that her safety bar was not properly fastened.

It was Esparza’s first trip to the amusement park.

The Texas Giant–dubbed the tallest steel-hybrid coaster in the world – boasts similar qualities to San Antonio’s Iron Rattler. The Giant opened in 1990 as an all-wooden roller coaster but underwent a $10 million renovation to replace wooden rails with a steel-hybrid combination in 2011. The Iron Rattler, originally wooden as well, recently went through a similar change. Last summer steel rails and track were installed to replace wood and the coaster re-opened in May of 2013. The Six Flags website claims that the Iron Rattler is “a force to be reckoned with and a unique technological marvel.”

For now, it is unknown how long the Iron Rattler will remain closed, but this precautionary measure is, if nothing else, a reassurance to park attendees. A Six Flags Fiesta Texas spokesperson has informed News 4 WOAI that safety is top priority at the park.