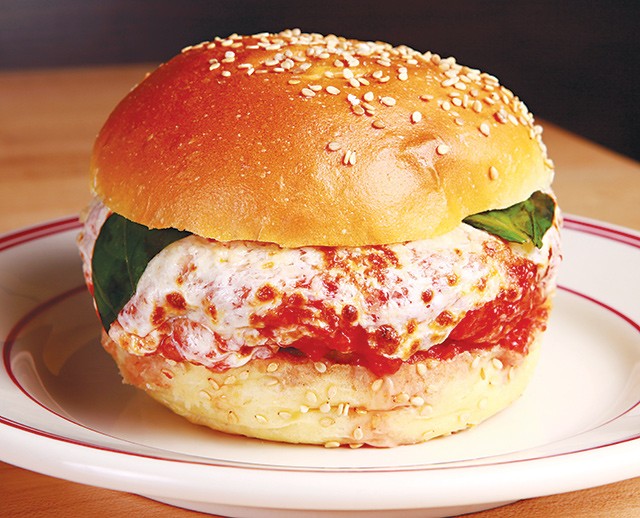 Introducing the first in a three-part series from Current food writers reporting on the hottest dining and drinking trends found during their summer travels to culinary meccas.

San Antonio is not a cauldron of culinary trends. Sure, we can claim credit for chili — produced in real cauldrons, for that matter, but that was 150 years ago. For better or for worse, we also gave a leg up to fajitas and were bit players in the New Southwestern movement. But one needs to look to, say, New Yawk City for fast-breaking food news. Such as:

Red Sauce Renaissance: Thanks to partners Rich Torrisi and Mario Carbone, red-sauce Italian is (again) ascendant. At Parm in SoHo, their most casual restaurant, the lowly meatball hero has been transformed into an object of veneration: the flattened spheres are meltingly tender and the sauce soaks the bun just enough. Here’s a surprise (and another trend to watch): the Saratoga club sandwich is a mind-blower.

Wonky Wine Bars With Wow Food: This may be old-trendy in NYC, but a guy can always hope for San Antonio cousins of places like Cork Buzz Wine Studio on East 13th Street. The well-curated wine list is just long enough to suggest that the servers can stay on top of it, said servers are knowledgeable without being overbearing, and the appetizers — I offer as proof a bone re-stuffed with poached marrow atop shallot marmalade — are easily on par with the wines. Plus, bottles of bubbly are half price after 10 p.m. — and they let us start early on our visit.

Bread Worth Breaking: At Bread Bakery near Union Square, Uri Scheft, Danish by way of Israel, has re-energized the, yes, Danish pastry, but his baguettes are equally Platonic. At Jim Lahey’s Sullivan Street Bakery, the breads have an Italian accent (his My Bread is my go-to bread-making bible), and Co., his restaurant next to a Sullivan Street outlet actually on Ninth Avenue, celebrates bread in many forms. The pizza bianca, adorned only with olive oil and sea salt, is a song of simplicity, and the stale bread- and bean-based ribollita takes frugality to Olympic heights. A mini-trend of charging for bread service may also be in the making — though patrons should then expect exquisite loaves and choices of artisanal butter. This is hard to imagine in SA, where free chips and salsa are a birthright, but perhaps it might invigorate our lousy bread scene.

Non-Schmaltzy Spanish: There are a couple of paellas on the menu at the Lower East Side’s Cata, but they seem to play second-fiddle to small plates such as transcendent chickpea fritters and briny sea bass carpaccio with cracklings. Even better, though, are the 26 different gin and tonic combinations available. I recommend the Kaffir Lime Leaf with Farmer’s Organic Gin and Fever Tree Tonic, but it’s hard to go wrong. G ‘n’ T, now hot in Spain, is perfect for San Antonio — somebody get on this right away, please.