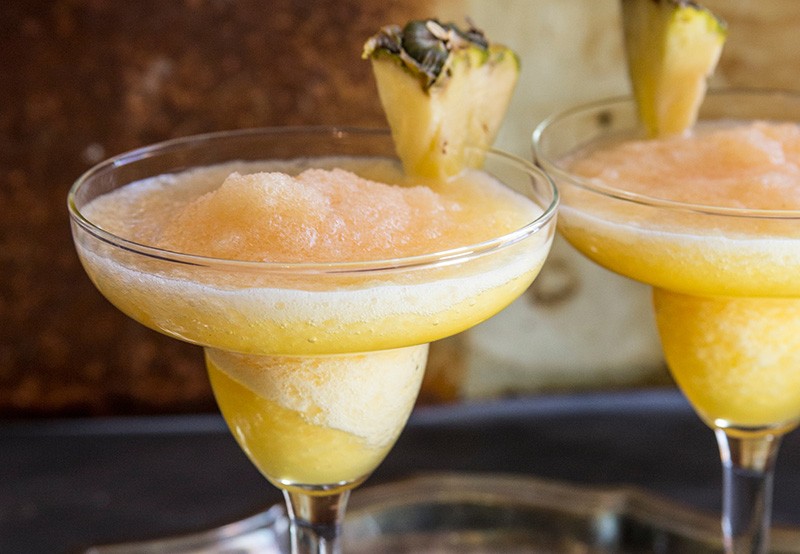 Expect to find a new food truck park this fall on the St. Mary's Strip. Zurich International Properties is turning the former Mr. Lucky's (2710 N. St. Mary's St.) into a breezy bar, patio and food truck station capable of holding two mobile kitchens. Laurence Sieterle, of Zurich, gave us a walk highlighting some big changes for the makeover, including patio seating. If you like Hi-Tones, Faust Tavern and Phantom Room, you'll probably enjoy this project by Danny Delgado.

Vianney Rodriguez and Yvette Marquez-Sharpnack, two local food bloggers, have teamed up to create a cocktail book. You can get your own copy of Latin Twist: Traditional & Modern Cocktails in which the authors show readers how to whip up libations from 18 Latin American countries and Spain. You can pick up a copy of the book at a book signing at Melissa Guerra-Latin Kitchen Market (303 Pearl Pkwy., Suite 104) on Saturday from 11 a.m. to 1 p.m.

Branchline Brewing's (3633 Metro Pkwy., 210-403-2097) monthly tasting is upon us again 4 to 7 p.m. this Saturday. The brewery only opens its doors once a month with its signature lineup of beers and a few limited releases. Grab your pals and take in the hoppy magic along with goodies from Melting Point food truck.

In throwback news, the South Texas Popular Culture Center (1017 E. Mulberry Ave., 210-792-1312) will host an exhibit and concert to celebrate the long-gone Casbeers, a restaurant and venue owned by partners Barbara Wolfe and Steve Silbas, which closed its doors in 2011. Revisit the old days this Sunday with photos, gig posters and music by True Stories, Miss Neesie & the Ear Food Orchestra and Michael Martin & the Infidels from 1 to 5 p.m. A $10 minimum donation is requested.

The mezcal aficionados at Mezcaleria Mixtli and The Monterey (which has a sizable agave-spirit alist of its own) will join forces next Monday to host a pachanga fundraiser for the Tequila Interchange Project. Expect to find tacos by Mixtli, smoked meats via The Monty and cocktails from bar managers Karah Carmack and Jesse Torres. The evening starts at 5:30 p.m. with a tasting and discussion on mezcal-making guidelines for bar industry members (to reserve your spot: Houston@esquiretavern-sa.com).

Lüke San Antonio will feature pastry professional Kelly Fields. The dinner, slated for June 18 at 7 p.m., will feature masterful mash-ups of sweet and savory dishes including pigs in a blanket with apricot mustard and family-style service of Southern faves including pimento cheese, shaved ham, crackers and pickles; roasted carrots, charred leeks and goat cheese; Frogmore stew with skillet cornbread; and Willa Jean cookies and milk. Tickets run $65 and are available at chefjohnbesh.com. Update: June 17, 2014, 10:07 a.m.: This event has been cancelled.