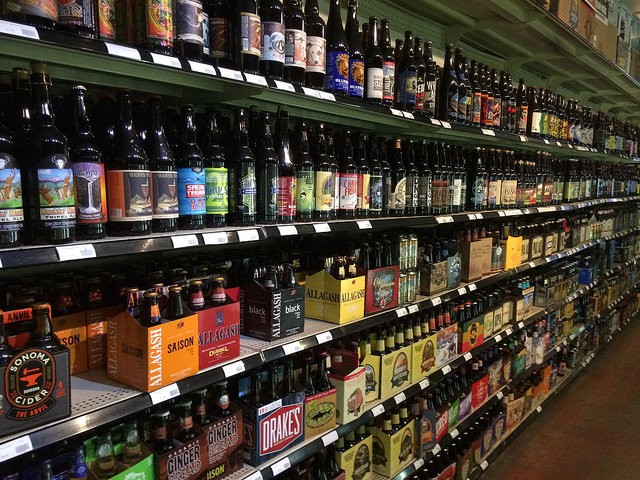 It won't be too long before beer drinkers start noticing a new notice on their bottles and cans. In an effort to help small, independent craft beer makers distinguish their product from breweries recently acquired by Big Beer, the Brewers Association released a new craft beer seal as of Tuesday morning.

"Independence matters," BA Board of Directors member and owner of Freetail Brewing Co. Scott Metzger told the Current over the phone.

An article in craftbeer.com highlighted that preference with figures noting that "as of January 2017, more than 5,300 operating breweries exist in the U.S. Ninety-nine percent of those breweries are considered small and independent."

Per Metzger, distinguishing small brewers has been in discussions for several years and landing on the seal was a discovery process. "The seal is part of a larger community effort to promote independent brewers," he said.

No, Karbach Brewing Co. out of Houston can not bear the seal as it was acquired by Anheuser-BuschInBev last November. Same goes for craft beer-drinker fave Wicked Weed out of Asheville, North Carolina, which chose to "innovate, push the boundaries, and grow, we’ve decided to take on the High End branch of Anheuser-Busch as a strategic partner," this March to the chagrin of many.

The logo itself is a bottle, turned upside down, to signify how the craft beer industry has flipped beer production on its head. "This is a bit of a departure for the BA because it's not about who's a member and who's not ... this is about how to benefit everyone." Including consumers who want transparency in their beer-buying.

To use the seal, breweries would need a Tax and Trade Bureau Brewer's Notice, must meet the definition of a "small and independent" brewery as per the Brewer's Association (meaning an "annual production of 6 million barrels of beer or less" with "less than 25 percent of the craft brewery is owned or controlled (or equivalent economic interest) by an alcohol industry member that is not itself a craft brewer" and using "traditional or innovative brewing ingredients and their fermentation") and sign a free licensing agreement.

As of today, 661 breweries have adopted the seal including Freetail, naturally. The seal will be featured in the coming weeks in Freetail's bottles first (along with some of their Ghost Pixel bottlings) and cans later.

Locally, the move was met with positive feedback from brewers such as Dorcol Distilling's HighWheel Beer Works, which launched in late 2015 and can be found in several taprooms across San Antonio.

"We've always maintained being adamant that our peers also engage in truth in disclosure especially when it comes to use of industrial neutral grain distillates, so we are generally in favor of industry monikers that identify the smaller independent distillers and brewers based in on-site process," said co-owner of Dorcol, Boyan Kalusevic.

"I think it's a profound statement by the Brewers Association," Locke said, while adding that the brewery will add the seal within the next few months. "There's so much confusion out there it's hard to know what's true. It adds a nice distinction."

Usage will obviously play a factor. As easy as the association has made it for breweries to use the seal, redesigning and reordering labels and cans might take some time. Metzger, an active member of the Texas Craft Brewers Guild, said he'd reach out to that group as a way to encourage other brewers to adopt the seal, as well.

"It will be interesting to see the new seal's adoption rate among members and its impact on consumers' selection process at point of purchase," Kalusevic said.

Busted Sandal's brewer Rob Garza also gave the seal a seal of approval because it would help the small brewery differentiate its products from "'crafty' created by large brewing conglomerates with the intent to deceptively market them as craft while obscuring their true origins."

Still, he hopes the BA is ready to market the seal to the masses.

"Unless the new seal is followed up with a large scale marketing campaign that focuses beyond the craft beer aficionado and helps educate the general consumer as to what it means, it's impact will not realize it's full potential," Garza wrote.