Forget Fiesta: 7 Shows You Can Hit up to Avoid the Chicken-on-a-Stick Crowds

April 12, 2019
comment
Fiesta is looming like a heavy cloud about to burst and flood the streets of San Antonio with Bud Light drinking, chicken-on-a-stick-eating folk who are looking to get puro AF.

Which, is great if you want to partake. But some of us would rather get pushed into the murky waters of the San Antonio River than endure the clusterfuckery of Fiesta. This time of year becomes a good time to do something else — like, well, checking out live music that's not performed by mariachis or cover bands.

If you're eager to catch some shows and avoid the insanity, here are several we recommend. 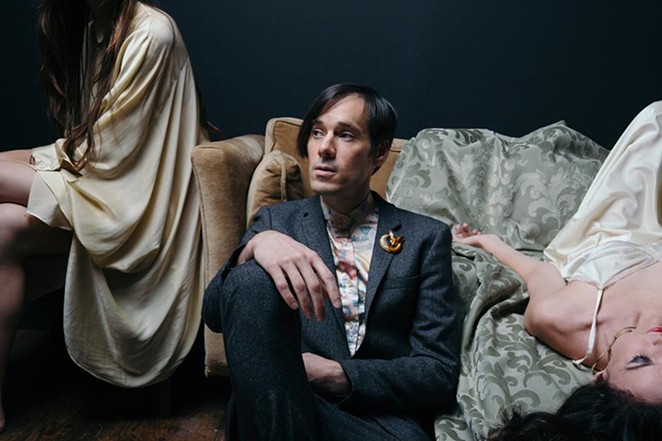 Escape your own personal Fiesta nightmare and head down to the Paper Tiger for what promises to be one of the best indie-rock shows of the year. Of Montreal are adept at sweeping up audiences with psychedelic spirals of danceable weirdo pop music, and their return to the Alamo City may be just the thing to help you forget about all the insanity downtown. $16, 8pm, Paper Tiger, 2410 N. St. Mary’s St., (210) 841-3771, papertigersatx.com.

Tank and the Bangas
Thursday, April 25

Hailing from music-rich New Orleans, Tank and the Bangas won the NPR Tiny desk contest a few years back and have continued to blow up internationally. Let their blend of funk, hip-hop, soul and jazz take you to another place like, well, New Orleans, until Fiesta's over. 9pm, $18-$20, Paper Tiger, 2410 N. St. Mary’s St., (210) 841-3771, papertigersatx.com. 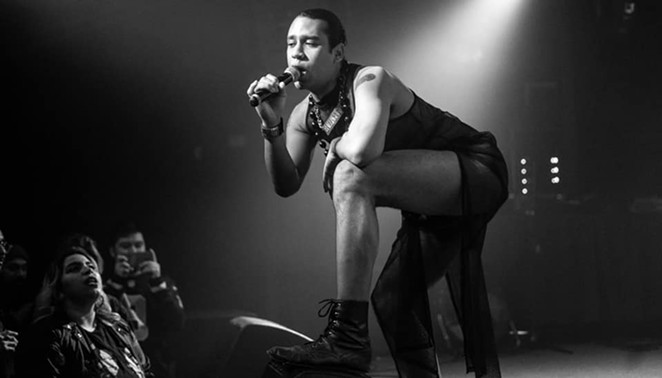 Most Americans got their first taste of ska when it was adopted by the underground punk scene in the '90s, only to be molded later into pop by bands like Sublime and No Doubt. Local ska-influenced bands the Skajects and Rat King Cole will keeping the spirit of skanking and checker pattern-everything alive and well with a free show at Rosella. Free, 3-6pm, Rosella Coffee Co., 203 E. Jones Ave, Ste. 101, rosellacoffeeco.com.

We Came as Romans
Sunday, April 28

Metalcore has gotten cheesy of late, with a lot of bands riffing the same ‘ol riffs, screaming the same 'ol screams and breaking down the same ol' breakdowns. Somehow, though, Michigan’s We Came as Romans have managed to contribute some freshness to the genre, adding unexpected textures and dynamic to their brutal compositions. With Crown the Empire, Erra and Shvpes. $23, 7pm, Paper Tiger, 2410 N. St. Mary’s St., (210) 841-3771, papertigersatx.com.

OK, his one is a Fiesta party, but it’s an unofficial event, so it will be way lower-key than NIOSA. Taking place at The Good Kind’s new brick and mortar location in Southtown, the event dubbed "Fiesta in the Garden" will feature music from soul singing multi-instrumentalist Henry and his esteemed Invisibles. Free, 5-9pm, The Good Kind (Southtown), 1127 South St. Mary's St., (210) 801-5892, eatgoodkind.com/southtown.