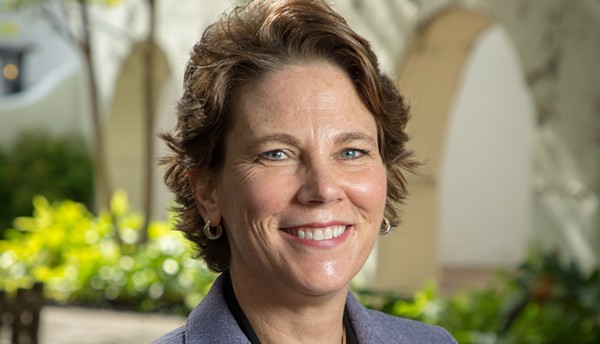 Colleen Bridger, San Antonio's former public-health czar, has been named an assistant city manager after serving four months in an interim version of the post, a city spokeswoman has confirmed.

City Manager Erik Walsh was originally expected to decide whether to extend the permanent job offer on September 1 or to allow Bridger to return to her previous position as director of Metro Health.

In her new position, Bridger oversees not only her old department but Parks and Recreation, Human Services and the Office of Equity. In a conversation with the Current, Bridger said she sees the opportunity to help the departments work better together, especially on issues pertaining to public health.

“It’s just an incredible opportunity to be able to say we’re bringing this public health perspective into the day-to-day management of the seventh largest city in the United States.”

Bridger was hired in 2017 to oversee Metro Health after serving as a county public-health director in North Carolina.

Under her watch, San Antonio launched a data-driven program to address childhood trauma, considered an early trigger for school dropouts, addiction and chronic illness. She also oversaw the city's Tobacco 21 program, which raised the legal age for purchasing tobacco to 21.

In her role as interim city manager, Bridger oversaw the establishment of the city's Migrant Resource Center, a downtown facility aiding people released by federal immigration authorities while they wait to process asylum claims.

“Colleen has a track record of leading key issues to the finish line," Walsh said in a written statement. “Most recently, her management of the migrant resource center has been nationally lauded and the center has become a model for how to efficiently provide a humanitarian response to the influx of asylum seekers.”