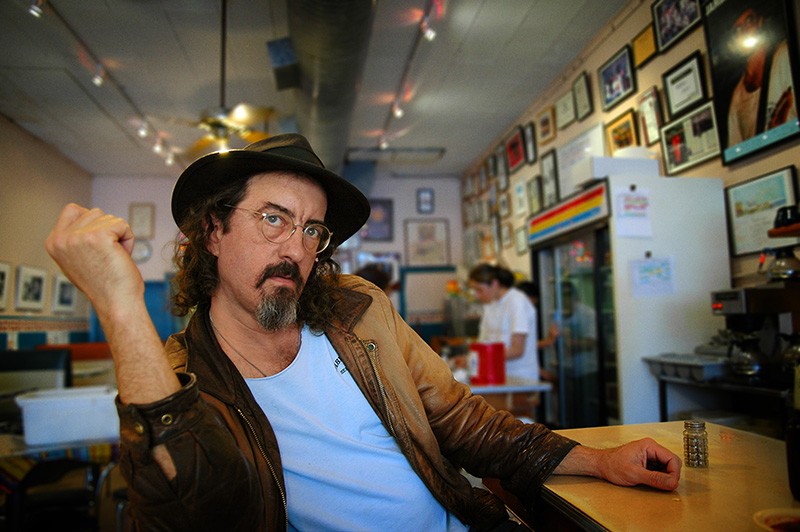 James McMurtry, the son of writer Larry McMurtry—best known for his Pulitzer Prize-winning, miniseries-inspiring novel Lonesome Dove—is an Americana singer-songwriter with a chip on his shoulder. His songs, beginning with those on his stellar 1989 debut Too Long in the Wasteland, are writerly and sprawling meditations on American decay. He tells the stories of the forgotten and challenges the status quo with a calm and precise fire in the great tradition of folkies like Pete Seeger and Woody Guthrie. But, unlike Guthrie, he also rails against the sedative power of superficial religious belief and doesn't await the second coming as some magical Deus ex Machina in the great American drama.

McMurtry, however, is every bit as much a master at creating believable and sympathetic characters in his songs as he is at creating multifaceted and rousing sonic critiques. The man embodies an abundantly human perspective that never comes off as overly didactic or cliché and never shies away from advocating for sanity, tolerance and empathy. Like his father before him, McMurtry uses his craft as a vehicle for creating and expressing reverence and for fostering an often uncomfortable social awareness. And he does it with alacrity, heart and joy to spare. A cursory listen to "We Can't Make it Here," his masterful Americana Award-winning track from 2005's excellent Childish Things, will give any listener a good idea of where he's coming from. Its lively images and thorough Bush-bashing even earned the tune the top spot on legendary music critic Robert Christgau's list of the best songs of the decade.

With a sound that's every bit as John Mellencamp as it is Woody Guthrie, every bit as rockabilly as it is country or folk, McMurtry's work offers the best of all the many mutations of American heartland music. He comes to Sam's this Saturday as he gears up for the February release of his ninth studio album Complicated Game, which promises to be on par with his best material—at least if the recently released single "How'm Gonna Find You Now," written from the perspective of a meth-addled drifter, is any indication. With a live show honed by a permanent Tuesday and Wednesday night residency at Austin's Continental Club, McMurty and his longtime band of cohorts are not to be missed.