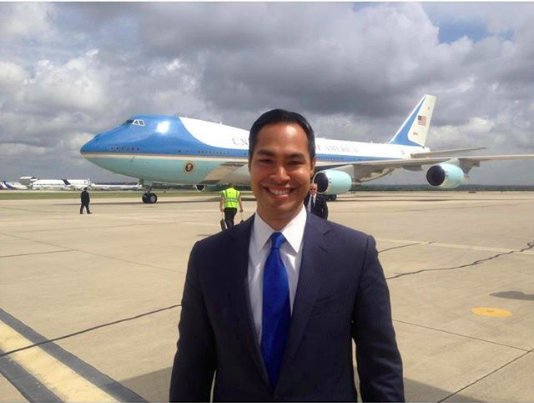 We now have a date for Alamo City wonder-twin Julián Castro's announcement whether he'll run to unseat President Donald Trump.

The former San Antonio mayor and Obama housing guru told the Associated Press he'll reveal his decision January 12. What's more, the Democrat sent an email announcing a Wednesday afternoon news conference at his family's home to talk about his decision to form a presidential exploratory committee — a typical move before declaring a candidacy.

It's the worst-kept secret in town that Castro's got his eye on the office. Over the past few months, he's checked most of the requisite boxes for a run — pressing the flesh with Iowans, rounding up potential donors and releasing an autobiography to set his narrative.

If Castro — the twin brother of U.S. Rep. Joaquín Castro — throws his hat into the ring soon, he'd have an early mover's advantage in a crowded pack of Democratic hopefuls. He'll probably need that leg up against a bevy of high-profile contenders, which could include Sen. Elizabeth Warren, former Vice President Joe Biden and fellow Texan Beto O'Rourke.