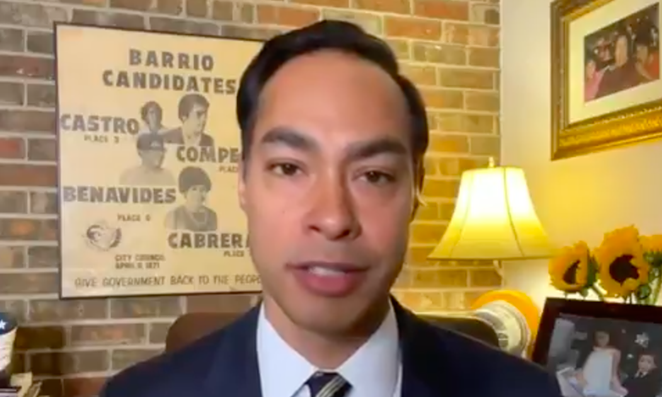 Julián Castro may not have grabbed the 2020 Democratic presidential nomination, but just the same, he's landed a new national political platform.

"I’m looking forward to sharing my perspective and hopes for the future at such a pivotal moment for our nation and for my home state of Texas," he said.

Proud to be a part of the @NBCNews/@MSNBC team!

I’m looking forward to sharing my perspective and hopes for the future at such a pivotal moment for our nation and for my home state of Texas. https://t.co/doyKdJ5Oht

During a Monday appearance, Castro discussed Texas Republicans' continued efforts to tighten the state's voting laws, already among the most stringent in the nation.

"When you look at what Republicans are trying to do in the state of Texas, I mean, it's tied in to hundreds of pieces of legislation across the country ... and I see it as trying to push back on a changing Texas," he said.

Castro said demographic changes cost Republicans seats in the Texas legislature and U.S. House in 2018, and the party is raising voting barriers to keep likely Democratic voters away from the polls.

"This is an attempt to try and make sure they stay in power longer," he said.