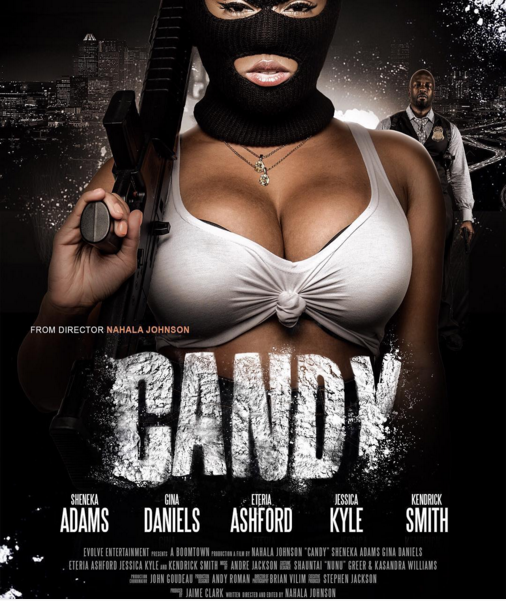 Since celebrating his NBA retirement in San Antonio last September, Stephen Jackson has been on the grind. In addition to dropping rhymes as Stak 5, the retired Spur has thrown his cap into the indie film game, serving as executive producer for the forthcoming feature Candy. The first poster for the film features plenty of cleavage and cocaine with the tag line, “You Want It? We Got It!”

“It’s the Texas version of Set It Off,” Jackson told Black Video News prior to his retirement bash. “You know, four beautiful females getting together and finding how to make money in the hood and through the ghettos of Beaumont, Texas and Port Arthur, Texas. It’s the first movie I’ve executive produced so I’m excited about it.”

Directed by Nahala Johnson, aka Mr. Boomtown, the film stars Sheneka Adams as Candy, and a trailer is expected later this month. Johnson wrote the screenplay in 2005, which he describes as a “gangsta flick about four females who run the dope game.”

A hood classic, the original Set It Off helped kick start Queen Latifah’s acting career and placed director F. Gary Gray on the path to Straight Outta Compton. Mr. Boomtown has firmly established himself as the dirty South’s answer to Hype Williams, so adjust your expectations accordingly.