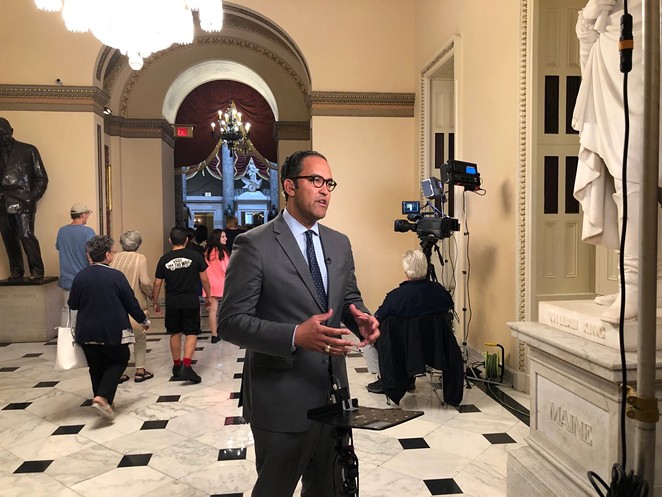 Retired San Antonio Congressman Will Hurd skewered the Republican Party in a Friday Washington Post editorial, saying it must stop coddling conspiracy theorists and spreading misinformation if it wants to win.

Pointing out that the GOP lost seven of the last eight national popular votes and allowed the House, Senate and White House to slip from its grasp over the past four years, Hurd called on his own party to divorce itself from extremism.

"Republicans aren’t going to achieve electoral success by being seen as the party that defends QAnon extremists who advocate the murder of the former vice president," Hurd wrote. "Nor will we see success by supporting white supremacists who call a Black police officer the n-word while that police officer puts his life on the line to protect democracy."

Hurd, who's Black, was one of the few congressional Republicans who stood up to Donald Trump during the reality star's four years in office. The congressman retired in 2020 at the end of his third term representing a sprawling border district that stretches from San Antonio to El Paso.

While the January 6 insurrection played out at the U.S. Capitol, Hurd tweeted that the attack should be viewed as a coup attempt led by Trump himself.

In his Post editorial, Hurd blamed Trump for Republicans' poor showing in November, saying the election results were legitimate and should give members of his own party reason to look in the mirror.

"Furthermore, if you elevate a flag that has someone’s name on it to the same level that you elevate your national flag, then you are not a patriot; you are part of a cult," he wrote.