Found footage gimmick has lost its luster in 'Paranormal Activity 4' 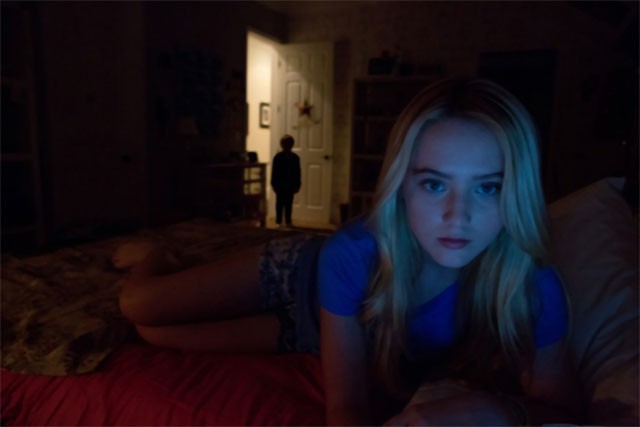 There’s not much paranormal activity in Paranormal Activity 4. As a matter of fact, there’s not much of anything in this most recent installment that is as frightening or interesting as the three previous movies. Since the original debuted in 2007, those three have collectively grossed close to half a billion dollars worldwide, which is basically the reason audiences are getting a fourth and upcoming fifth film. Unfortunately, PA4 breaks apart the consistently eerie tone of the trilogy that came before it. Sure, there are a few creaking doors and camera tricks, but the gimmick has run its course.

That’s not to say describing the franchise as “gimmicky” is necessarily a bad thing. The first movie used the found-footage-meets-ghost-story tactic and made it original. The second movie, which was actually a prequel to the first, tied both stories together well and offered some comparable jolts. And the third, which was a prequel to the prequel, received a fresh and effective take from directors Henry Joost and Ariel Schulman (Catfish), who now return for PA4.

If put in chronological order, PA4 would be the first official sequel to the series since it comes after the events of the original movie. Katie (Katie Featherson) has just murdered her husband, sister and brother-in-law and walked out of their home with her baby nephew Hunter. Five years later, Katie is living in a new suburban neighborhood with an odd, young boy named Robbie (Brady Allen). Across the street from them, 15-year-old Alex (Kathryn Newton) begins to experience strange things when her parents agree to babysit Robbie for a few days.

Besides using laptop webcams and an Xbox Kinect instead of traditional video cameras or surveillance equipment, PA4 doesn’t seem interested in offering anything new or building on an already well-established mythology. Instead, it tosses out logic and takes the easy route by making a creepy kid with an imaginary friend the focus instead of an evil entity. A demon hovering over your bed is one thing. A snot-nosed kid is another.