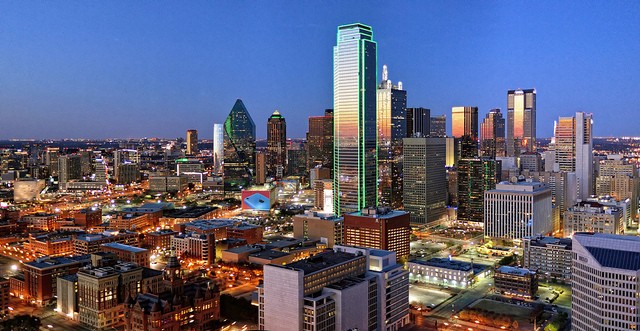 Update 6:30 am: Police say a fifth officer is confirmed dead in Thursday night's attack. In a news conference, Dallas police chief David Brown said a suspect cornered by police in a downtown Dallas parking garage told negotiators "the end was coming," that he's "going to hurt and kill more of us (police officers)" and that bombs had been planted all over the garage and downtown. TV station WFAA reports that that suspect was killed in the standoff, although, "It was not immediately clear if the suspect killed himself or was killed by law enforcement."

Shots rang out just before 9 p.m. Thursday as hundreds gathered in downtown Dallas following the deaths of Alton Sterling and Philando Castile at the hands of police earlier this week, according to the Dallas Observer. (The videos of each incident caught fire on social media Thursday, further fueling national outrage over police use of force).

Brown also circulated the photo of one man, calling him a "person of interest" in the case. In a subsequent tweet, the Dallas Police Department called him a suspect and pleaded with citizens to help find him. Late Thursday night police reported that the man had turned himself in. Police say another alleged suspect who reportedly engaged in a shootout with Dallas SWAT officers has also been taken into custody.

This is one of our suspects. Please help us find him! pic.twitter.com/Na5T8ZxSz6