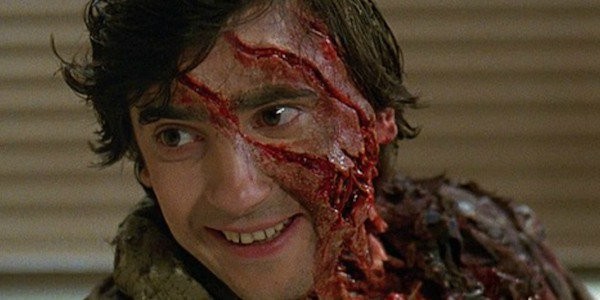 Halloween is about more than costumes and candy. It's the perfect time of year to bury yourself in stories of murder, monsters and mayhem.

In addition to October's requisite pumpkin patches, haunted houses and the like, San Antonio film lovers have plenty of spooky fare to choose from this month: all of it free!

To make it easy, we've rounded up the most glorious, gory movie nights worth checking out.

Video Dungeon Theatre is hosting a double whammy of double features this month. Although they're not showing the infamous Stephen King flop, VDT is still kicking things into Maximum Overdrive this Thursday with a night showcasing the work of exploitation filmmaker Frank Henenlotter.

Long before Brad Pitt famously shrieked "What's in the boooooox?" in Se7en, theatergoers wondered what the hell was in Duane Bradley's obscenely large wicker basket. Unfortunately, most of the cast of Henelotter's 1982 cult classic Basket Case find out exactly what they're dealing with in the worst ways possible.


In '88, Henenlotter was still preoccupied with young men saddled with hungry passengers — to wit, Brain Damage's Rick gets his life upended when he picks up a lumpy blue parasite with a taste for murder.


On Thursday, October 17, VDT will switch gears with two 1982 "slashics" – David Winters' The Last Horror Film and Lucio Fulci's giallo film The New York Ripper. Shot guerrilla-style sans permits at Cannes, The Last Horror Film stars Joe Spinell as an obsessive NYC cabbie who travels to the French film festival to pursue the object of his affection, whom he wants to star in his very own horror movie.

On the other hand, The New York Ripper posits that there's no better place to paint the town red than the Big Apple. To stop a vicious killer on the city streets, a disaffected police officer must team up with a psychoanalyst and wade deep into the sticky red stuff.

If the films' subject matter didn't clue you in, then we will: these screenings are all 21-and-over, so anyone who plans to go needs to remember to pack an I.D.

First up is a classic American B movie, The Brain that Wouldn't Die, starring Virginia Leith's disembodied, heavily bandaged head. For Week Two, Kaiju fans can get their fill with Gamera vs. Guiron, the 1969 film that pits a flying turtle against a knife-headed reptilian.


After that, Blue Star Brewing goes all in on the schlock with Ed Wood's cult classic Plan 9 from Outer Space, and to cap things off at the end of the month audience members can sing along to "They're coming to get you, Barbara!" in Night of the Living Dead.


Fun fact: all four of these films have been riffed on by the cast of Mystery Science Theater 3000. The Brain That Wouldn't Die and Gamera vs. Guiron got their turn during MST3k's series run, and Plan 9 from Outer Space and Night of the Living Dead under the RiffTrax banner.

For cinephiles with a more refined taste for horror, there's nothing better than watching Tippi Hedren be savaged by avian assailants in Alfred Hitchcock's 1963 classic The Birds. A warning to anyone who dares watch this film on the plaza at the Tobin Center: the crafty grackles and gluttonous pigeons of the River Walk will be watching, too.