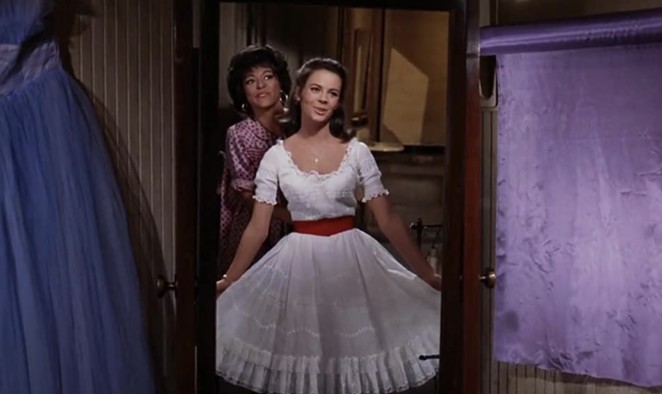 The last time the Current spoke to actress Rita Moreno, who won an Academy Award for her supporting role as Anita in the 1961 film West Side Story, it was 2019 and the Puerto Rican legend was speaking from the set of Steven Spielberg’s remake of the classic film, which hits theaters this December.

During that conversation, Moreno said she’d just met the cast that morning and they had tons of questions for her. “I told them anecdotes about the making of the original movie,” said Moreno, who has a small role in the remake. “The wonderful thing is that all the actors who were playing the Sharks are, in fact, Hispanic. It wasn’t that way before.”

When Moreno starred in the original film, not only did white actors wear dark makeup to play Puerto Rican characters, her skin, too, was darkened for her role.

Despite the way Hollywood functioned back then, many still consider West Side Story one of the best musicals in cinematic history.

It won 10 Oscars, including Best Picture, and was added to the National Film Registry in 1997 for being a “culturally significant” movie.

The San Antonio World Heritage Office and Slab Cinema are celebrating the 60th anniversary of the landmark film with a free screening at the historic Mission Marquee Plaza.