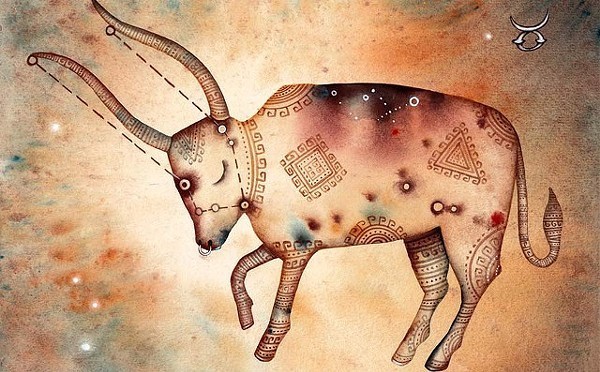 ARIES (March 21-April 19): In his book The Logic of Failure, Dietrich Dorner discusses the visionaries who built the Aswan Dam in Egypt. Their efforts brought an abundance of cheap electricity to millions of people. But the planners didn’t take into account some of the important effects of their innovation. For example, the Nile River below the dam no longer flooded its banks or fertilized the surrounding land every year. As a result, farmers had to resort to chemical fertilizers at great expense. Water pollution increased. Marine life suffered because of the river’s diminished nutrients. I hope this thought will motivate you to carefully think through the possible consequences of decisions you’re contemplating. I guarantee that you can avoid the logic of failure and instead implement the logic of success. But to do so, you’ll have to temporarily resist the momentum that has been carrying you along. You’ll have to override the impatient longing for resolution.

TAURUS (April 20-May 20): Are you primed to seek out new colleagues and strengthen your existing alliances? Are you curious about what it would take to infuse your best partnerships with maximum emotional intelligence? From an astrological perspective, the next nine weeks will be a favorable time to do these things. You will have opportunities to deepen your engagement with collaborators who cultivate integrity and communicate effectively. It’s possible you may feel shy about pursuing at least one of the potential new connections. But I urge you to press ahead anyway. Though you may be less ripe than they are, their influence will have a catalytic effect on you, sparking you to develop at an accelerated rate.

GEMINI (May 21-June 20): “I was satisfied with haiku until I met you,” Dean Young tells a new lover in his poem “Changing Genres.” But Young goes on to say that he’s no longer content with that terse genre. “Now I want a Russian novel,” he proclaims, “a 50- page description of you sleeping, another 75 of what you think staring out a window.” He yearns for a story line about “a fallen nest, speckled eggs somehow uncrushed, the sled outracing the wolves on the steppes, the huge glittering ball where all that matters is a kiss at the end of a dark hall.” I bring Young’s meditations to your attention, Gemini, because I suspect that you, too, are primed to move into a more expansive genre with a more sumptuous plot.

CANCER (June 21-July 22): Statistical evidence suggests that Fridays falling on the 13th of the month are safer than other Fridays. The numbers of fires and traffic accidents are lower then, for example. I find this interesting in light of your current situation. According to my analysis, this October’s Friday the 13th marks a turning point in your ongoing efforts to cultivate stability and security. On this day, as well as the seven days before and seven days after, you should receive especially helpful clues about the future work you can do to feel even safer and more protected than you already do.

LEO (July 23-Aug. 22): Too much propaganda and not enough real information are circulating through your personal sphere. You’re tempted to traffic in stories that are rooted more in fear than insight. Gossip and hype and delusion are crowding out useful facts. No wonder it’s a challenge for you to sort out the truths from the half-truths! But I predict that you will thrive anyway. You’ll discover helpful clues lodged in the barrage of bunkum. You’ll pluck pithy revelations from amidst the distracting ramblings. Somehow you will manage to be both extra sensitive and super-discriminating.

VIRGO (Aug. 23-Sept. 22): A journalist named Jenkin Lloyd Jones coined the term “Afghanistanism,” which he defined as “concentrating on problems in distant parts of the world while ignoring controversial local issues.” I want to urge you Virgos to avoid engaging in a personal version of Afghanistanism. In other words, focus on issues that are close at hand, even if they seem sticky or prickly. Don’t you dare let your attention get consumed by the dreamy distractions of faraway places and times. For the foreseeable future, the best use of your energy is HERE and NOW.

SCORPIO (Oct. 23-Nov. 21): Scorpio actress Tara Reid told the magazine Us Weekly about how her cosmetic surgeries had made her look worse than she had been in her natural state. “I’ll never be perfect again,” she mourned. I bring this up in the hope that it will inspire you. In my astrological opinion, you’re at a turning point when it’s crucial to appreciate and foster everything about yourself that’s natural and innate and soulfully authentic. Don’t fall sway to artificial notions about how you could be more perfect than you already are.

SAGITTARIUS (Nov. 22-Dec. 21): I didn’t go to work today. I woke up late, lingered over a leisurely breakfast, and enjoyed a long walk in the autumn woods. When I found a spot that filled me with a wild sense of peace, I asked my gut wisdom what I should advise you Sagittarians to attend to. And my gut wisdom told me that you should temporarily escape at least one of your duties for at least three days. (Escaping two duties for four days would be even better.) My gut wisdom also suggested that you get extra sleep, enjoy leisurely meals, and go on long walks to spots that fill you with a wild sense of peace. There you should consult your gut wisdom about your top dilemmas.

CAPRICORN (Dec. 22-Jan. 19): A snail climbed to the top of a big turtle’s shell as it was sleeping under a bush. When the turtle awoke and began to lumber away in search of food, the snail was at first alarmed but eventually thrilled by how fast they were going and how far they were able to travel. “Wheeee!”, the snail thought to itself. I suspect, Capricorn, that this little tale is a useful metaphor for what you can look forward to in the coming weeks.

AQUARIUS (Jan. 20-Feb. 18): “If these years have taught me anything, it is this,” wrote novelist Junot Díaz. “You can never run away. Not ever. The only way out is in.” That’s your plucky wisdom for the coming weeks, Aquarius. You have arrived at a pivotal phase in your life cycle when you can’t achieve liberation by fleeing, avoiding, or ignoring. To commune with the only kind of freedom that matters, you must head directly into the heart of the commotion. You’ve got to feel all the feelings stirred up by the truths that rile you up.

PISCES (Feb. 19-March 20): J. Allan Hobson is a scientist of sleep who does research at Harvard. He says we dream all the time, not just at night. Our subconscious minds never stop churning out streams of images. During the waking hours, though, our conscious minds operate at such intensity that the lower-level flow mostly stays subliminal. At least that’s the normal state of affairs. But I suspect your dream-generator is running so hot right now that its stories may leak into your waking awareness. This could be disconcerting. Without the tips I’m giving you here, you might worry you were going daft. Now that you know, I hope you’ll tap into the undercurrent to glean some useful intuitions. A word to the wise: The information that pops up won’t be logical or rational. It will be lyrical and symbolic, like dreams.