Free Will Astrology, Week of April 20 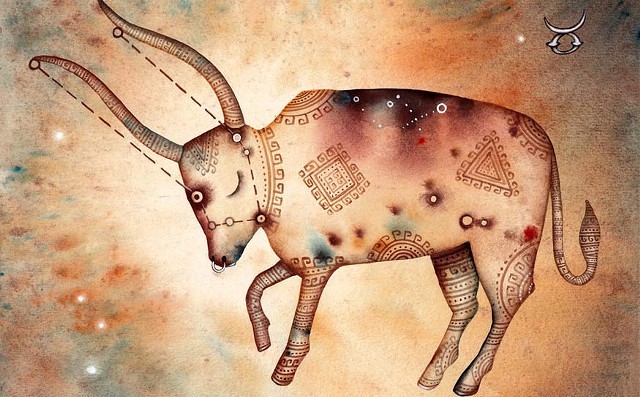 ARIES (March 21-April 19): If you're stumped about what present to give someone for a special occasion, you might buy him or her a gift card. It's a piece of plastic that can be used as cash to buy stuff at a store. The problem is, a lot of people neglect to redeem their gift cards. They leave them in drawers and forget about them. Financial experts say there are currently billions of dollars going to waste on unredeemed gift cards. This is your metaphor of the moment, Aries. Are there any resources you're not using? Any advantages you're not capitalizing on? Any assets you're ignoring? If so, fix the problem.

TAURUS (April 20-May 20): I usually have no objection to your devoted concern (I won't use the phrase "manic obsession") with security and comfort. But there are rare phases in every Taurus's life cycle when ironclad stability becomes a liability. Cruising along in a smooth groove threatens to devolve into clunking along in a gutless rut. Now is such a phase. As of this moment, it is healthy for you to seek out splashes of unpredictability. Wisdom is most likely to grow from uncertainty. Joy will emerge from an eagerness to treasure the unknown.

GEMINI (May 21-June 20): There may be a flood-like event that will wash away worn-out stuff you don't need any more. There might be an earthquake-type phenomenon that only you can feel, and it might demolish one of your rotten obstacles. There could be a lucky accident that will knock you off the wrong course (which you might have thought was the right course). All in all, I suspect it will be a very successful week for benevolent forces beyond your control. How much skill do you have in the holy art of surrender?

CANCER (June 21-July 22): What is your biggest excuse? Or rather, what is your THICKEST, SICKEST, MOST DEBILITATING EXCUSE? We all have one: a reason we tell ourselves about why it's difficult to live up to our potential; a presumed barrier that we regard as so deeply rooted that we will never be able to break its spell on us. Maybe it's a traumatic memory. Maybe it's a physical imperfection or a chronic fear. In accordance with the current astrological omens, Cancerian, you'd be wise to do an audit and reassessment of your own LAMEST EXCUSE. I suspect you now have insight about it that you've never had before. I also think you have more power than usual to at least partially dismantle it.

LEO (July 23-Aug. 22): If you were a supporting character in a popular TV drama, the producers would be cooking up a spin-off show with you in a starring role. If you were in an indie rock band, you'd be ready to move from performing at 300-seat venues to clubs with an audience capacity of 2,000. If you have always been just an average egocentric romantic like the rest of us, you might be on the verge of becoming a legend in your own mind — in which case it would be time to start selling T-shirts, mugs, and calendars with your image on them. And even if you are none of the above, Leo, I suspect you're ready to rise to the next level.

LIBRA (Sept. 23-Oct. 22): "To me, there is no greater act of courage than being the one who kisses first," says Libra actress and activist Janeane Garofalo. I can think of other ways to measure bravery, but for your immediate future, her definition will serve just fine. Your ultimate test will be to freely give your tenderness and compassion and empathy — without any preconditions or expectations. For the sake of your own integrity and mental health, be steadfast in your intention to always strike the first blow for peace, love, and understanding.

SCORPIO (Oct. 23-Nov. 21): It will soon be that time when you are halfway between your last birthday and your next birthday. I invite you to make this a special occasion. Maybe you can call it your anti-birthday or unbirthday. How to celebrate? Here are some ideas: 1. Imagine who you would be if you were the opposite of yourself. 2. Write a list of all the qualities you don't possess and the things you don't need and the life you don't want to live. 3. Try to see the world through the eyes of people who are unlike you. 4. Extend a warm welcome to the shadowy, unripe, marginal parts of your psyche that you have a hard time accepting, let alone loving. 5. Any other ways you can think of to celebrate your anti-birthday?

SAGITTARIUS (Nov. 22-Dec. 21): As I climb the first hill along my regular hike, both sides of the path are dominated by a plant with glossy, three-lobed leaves. They're so exuberant and cheerful, I'm tempted to caress them, even rub my face in their bright greenery. But I refrain, because they are poison oak. One touch would cause my skin to break out in an inflamed rash that would last for days. I encourage you, too, to forgo contact with any influence in your own sphere that is metaphorically equivalent to the alluring leaves of the poison oak.

CAPRICORN (Dec. 22-Jan. 19): Today the French Capricorn painter Henri Matisse (1869-1954) is regarded as a foremost pioneer of modern art. Some critics say his innovative influence on painting nearly matched Picasso's. But during the first part of the 20th century, his work often provoked controversy. When a few of his paintings appeared at a major exhibition in Chicago, for example, local art students were shocked by what they called its freakishness. They held a mock trial, convicted Matisse of artistic crimes, and burned his painting Blue Nude in effigy. I don't expect that you will face reactions quite as extreme as that in the coming weeks, Capricorn. But it will make sense to express yourself with such forceful creativity and originality that you risk inciting strong responses.

AQUARIUS (Jan. 20-Feb. 18): Leonardo da Vinci had skills in many fields, ranging from botany to engineering to cartography, but he is best known as a painter. And yet in his 67 years on the planet, he finished fewer than 40 paintings. He worked at a very gradual pace. The Mona Lisa took him 14 years! That's the kind of deliberate approach I'd like to see you experiment with in the coming weeks, Aquarius. Just for a while, see what it's like to turn down your levels of speed and intensity. Have you heard of the Slow Food Movement? Have you read Carl Honoré's book In Praise of Slowness? Do you know about Slow Travel, Slow Media, and Slow Fashion?

PISCES (Feb. 19-March 20): Modern movies don't scrimp on the use of the f-bomb. Actors in The Wolf of Wall Street spat it out 569 times. The word-that-rhymes-with-cluck was heard 326 times in End of Watch, while Brooklyn's Finest racked up 270 and This Is the End erupted with an even 200. But this colorful word hasn't always been so prominent a feature. Before 1967, no actor had ever uttered it on-screen. That year, Marianne Faithfull let it fly in the film I'll Never Forget What's'isname. In the coming weeks, Pisces, I invite you to break a taboo that's maybe not as monumental as Faithfull's quantum leap, but still fabulously fun and energizing. Be a liberator! End the repression! Release the blocked vitality!