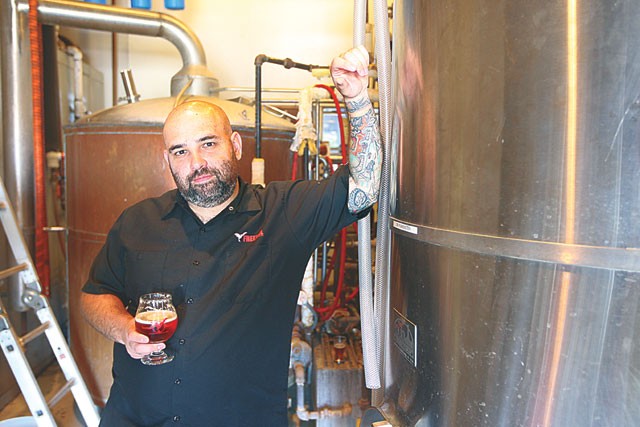 "It has been an amazing 10 years, working with some of the best and brightest folks I've ever known," Metzger tweeted Thursday afternoon. "I'm sad not to be working with them anymore but have faith in their ability to continue the Freetail spirit and tradition."

A message from me. ♥️ pic.twitter.com/3FJ9AS0qGe

"I’m gonna be okay and Freetail is gonna be okay, we’ll just be okay without each other," he wrote. "The team there is too amazing to not succeed."

In a press release, Freetail said it will continue to operate under the leadership of founding brewer Jason Davis.

"We appreciate Scott’s vision and all that he has done for the craft beer business. We wish him the best on his future endeavors," said Jon Turner, an investor in the brewer, said in the company's written statement. "We look forward to continuing the Freetail legacy."

Since starting ten years ago as a North San Antonio brewpub, Freetail has grown into one of San Antonio's highest-profile production brewers. It's opened a separate tasting room and carved out a substantial retail presence. Last year, its La Muerta Imperial Stout took home a gold medal at the Great American Beer Festival.

"I am grateful to Scott for the opportunities he’s given me — not only to build a brewery and portfolio from scratch, but to travel the world and meet the people that make this industry great," Davis said via email. "Scott was one of those people, and I will miss our yin and yang working relationship."