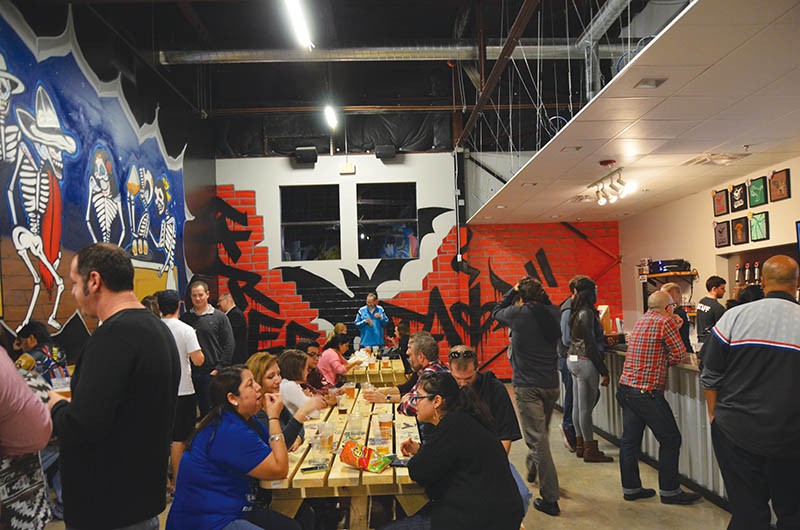 If practice makes perfect but nobody's perfect, why practice? The folks at Freetail Brewing Co.'s new taproom (2000 S Presa, (210) 395-4974) clearly don't share this nihilistic philosophy even though they are more than willing to let you write that on their tables. Freetail opened their Presa brewery last month and after several visits I can say the trips are worth it, largely due to it being the most spacious and comfortable taproom in all of San Antonio.

Freetail was celebrating its sixth anniversary when I stopped by with friends on a weekend afternoon. If the ample parking isn't a giveaway for the establishment's size, the 5,000-square-foot taproom is an eye opener. San Antonio has experienced a boom in spots for craft beer enthusiasts over the past few years, most of them on the smaller side. Freetail now possesses the largest and least crowded taproom in the city.

There are several picnic tables, which, like those at popular local Big Hops, can be written on by customers. Due to this location being relatively new, the majority of comments you'll read on these tables are congratulatory messages to the staff rather than customers' poor attempts at comedy. Unfortunately, that probably won't last.

Local artist Bruce Peña's art decks the walls of the taproom, giving it a colorful vibe with nods to Chicano culture. If you're into sports, a 50-inch TV is typically playing NFL, NCAA or NBA games at the bar so don't worry about missing the big game.

It wouldn't be worth your time if the beer wasn't superb and thankfully Freetail hits the mark. Only seven beers were on tap when I stopped by, but I'm sure that number will expand over time. On tap during my visit was the Imperial Red Ale, specially made for the brewery's sixth anniversary. You'd imagine this drink would be hoppier than it is, but it goes down smooth with mild yet bitter hops. It serves as a great first beer for a long night of drinking. 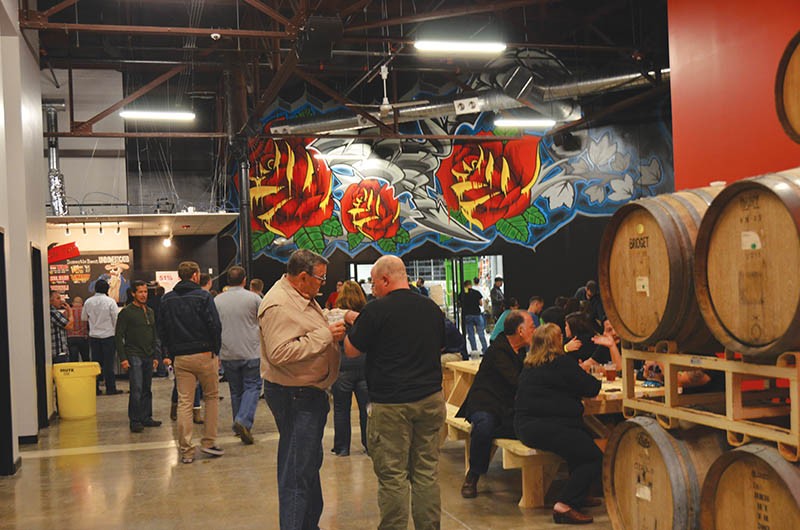 Looking for a lighter beer? The Bat Outta Helles is the one for you. It has a sweet flavor to it, a nice in-between to try before any of the darker beers. Rounding out the day's beer selection was Soul Doubt IPA; Texicali Brown Ale; Witicus, a double rye wit; Freetail's ever-popular original; and La Muerta, an imperial stout. All are priced between $4.50 and $6 a pint, more than reasonable for what you're getting in return. While the selection is small, there is more than enough diversity to satisfy any craft imbiber.

Unlike Freetail's original location on Loop 1604, the new spot doesn't offer food—so eat first or be at the mercy of whatever food truck stops by. When I initially arrived, there wasn't one, but Bite Street Bistro stopped by before the drinking was over.

Tours of the new 30,000-square-foot brewery are provided most days by head brewer Jason Davis, who has been brewing since 1992 and with the company since its inception in 2008. These tours are free and informal but still plenty informative on the techniques of running the facility. Try not to get too hop-happy: The tours conclude with a game of disc throw for a free beer. This is especially fun since most people will have already had a few beers, hampering their Frisbee skills. It's a comical sight to say the least.

While the beer selection is a small and you'll want to eat before arriving, Freetail's spacious new taproom and brewery on South Presa is a fantastic place to relax and have a drink with friends. To quote legendary LA punk band FEAR: Everyone needs to believe in something. I believe I'll have another beer, likely at Freetail in the near future.