Freight Gallery Makes Its Boldest Statement Yet with ‘Images of Power’ 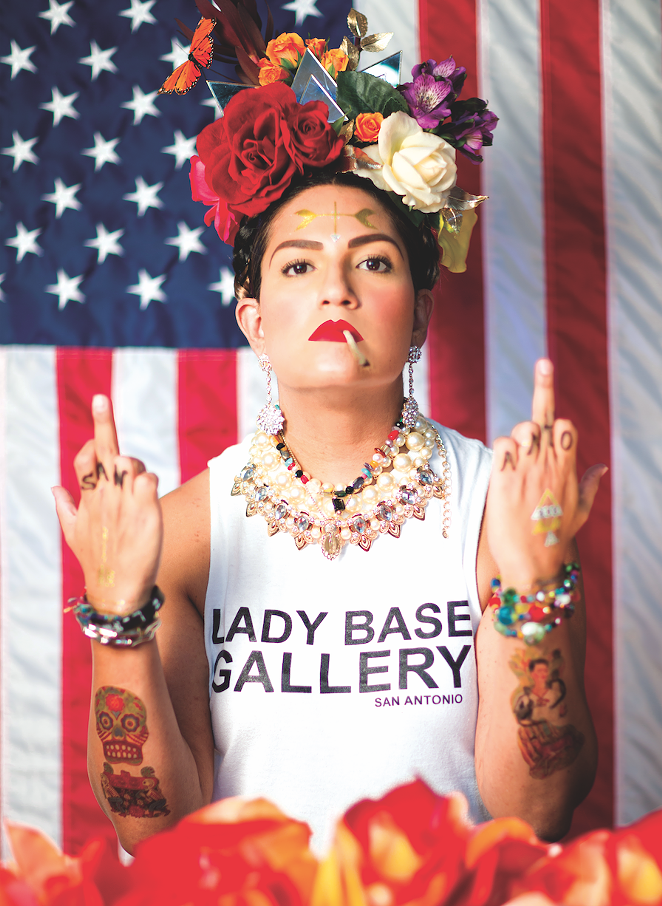 Freight Gallery’s latest exhibition, “Images of Power” is perhaps its boldest effort yet, gathering 30 artists from across the country who confront the issue of white supremacy in Trump’s America. Guest curated by Alana Coates and Mark Anthony Martinez, the exhibition (on view through February 24) comprises sculpture, prints, paintings and video installations. In response to a turbulent political climate, the artists in this show offer a path forward by acknowledging one of our biggest downfalls — the permeation of white supremacy within every aspect of American life.

Emboldened by the 2016 election of President Trump, a man who began his presidential campaign by equating Mexican immigrants with rapists and murderers, a slew of far-right movements advanced into the American political mainstream. From the Unite the Right rally in Charlottesville, Virginia to white nationalist and neo-Nazi rallies throughout the country, white supremacy and its supporters emerged from the shadows with the idea that they had one of their own in the White House. An op-ed in Time magazine went as far as calling Trump’s administration “a basket of deplorables” — echoing a remark Hillary Clinton once made about Trump supporters. The work in “Images of Power” tackles the urgent threats presented under the current administration.

Among the highlights of this show are several works by Patrick McGrath Muñiz. A Roman Catholic who grew up in Puerto Rico during the 1980s and ’90s, Muñiz melds old-world aesthetics into contemporary settings. In The Believer, Muñiz depicts a Christ-like figure wearing a sleeveless shirt. Standing amid a red background that resembles the Confederate flag, he holds a semi-automatic weapon and carries a Bible in his holster. Set within a retablo-style frame painted on the canvas, this “Southern Jesus” points to the contradictory beliefs held by many in the far-right who consider themselves “Christians.”

In the mixed-media work Speedy Gonzalez, Amanda Benavides incorporates large text that reads, “They want everything to be done for them,” alongside an image of the Warner Brothers cartoon character. The quote is a reference to Trump’s comments about Puerto Rico during its humanitarian crisis in 2017: “They want everything to be done for them when it should be a community effort.” Speedy Gonzalez also brings to mind comments made by White House Chief of Staff John Kelly suggesting that undocumented immigrants who didn’t apply for the Deferred Action for Childhood Arrivals (DACA) program were simply “too lazy to get off their asses.”

From Attorney General Jeff Sessions to ousted chief strategist Steve Bannon, Trump’s appointees to top advisory roles are people with alarming track records and whose views toward immigrants, Muslims, people of color, and the LGBT community can only be described as problematic. In the Embroidered Prayer Series, local artist and Lady Base Gallery founder Sarah Castillo stitches prayers over images of Trump’s shady cohorts — Secretary of Education Betsy DeVos and Environmental Protection Agency Administrator Scott Pruitt. Using text appropriated from a Catholic book of prayers, Castillo offers hope to the millions of people negatively affected by the Trump administration.

Over the DeVos image, a prayer reads, “Spirit of the Mother Earth, I pray to you to make her reclaim the future of the public school system, implement educational policy changes, support the Individuals with Disabilities Act, retain Title IX, advocate for student loan forgiveness and accessibility to higher learning. Please cleanse her with the power of your spirit. Amen.”