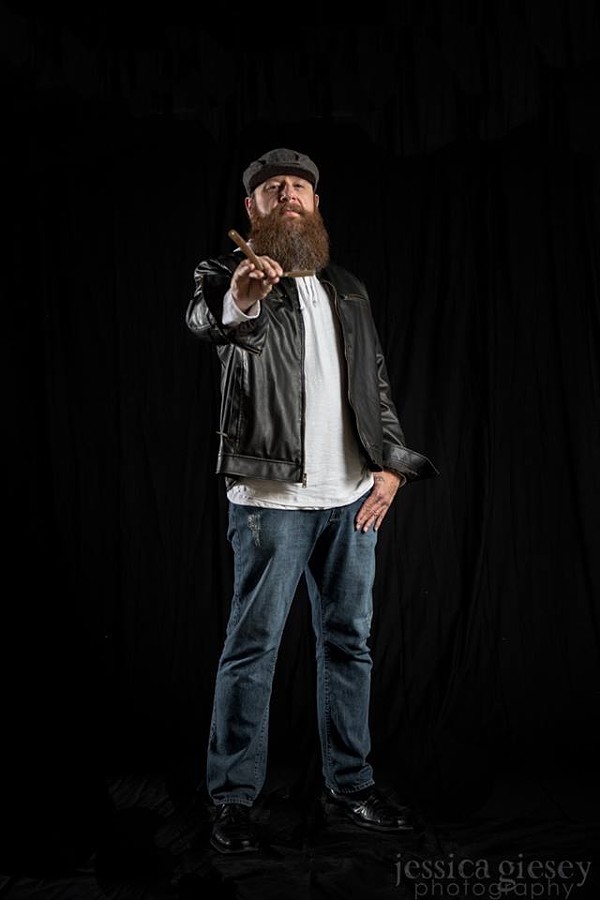 Brought into fruition by photographer Jessica Giesey, the event launched an online campaign to nominate and endorse the most distinguished beard-and-bun getups in Alamo City. The top 10 submissions following this voting period received a private photo session with Giesey herself, and the resulting images were complied into a diverse collection of portraits illustrating the men behind the hair.

Decidedly not “a beauty contest,” the proceeds generated by the show will benefit THRIVEWELL Cancer Foundation, a Texas-based nonprofit supporting research on men's cancer, a touching issue for one subject featured in Giesey’s exhibition.

“When I heard of this contest, it was time to be part of this movement,” said Ray E. Thompson, a local barber and resident of San Antonio. “This movement that raises awareness of this horrific disease that has stricken and taken friends and family members from me.”

Whatever fused notions of masculinity and fashion underlie the hairstyles portrayed in Giesey’s display, this creative look into San Anto’s fuzziest aesthetic has already unified a community for a worthwhile cause.