Fucked Up: David Comes to Life 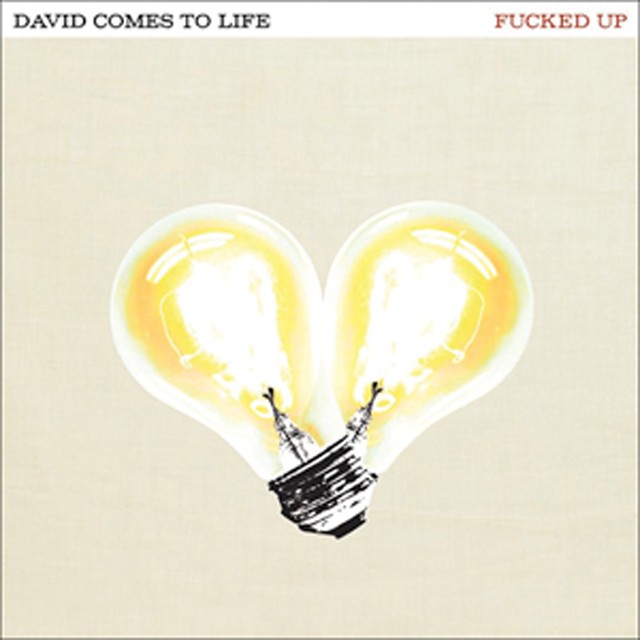 A factory worker meets a girl passing out leftist pamphlets. They fall in love. She dies. He blames himself, curses his creator, gives up on love, but eventually finds peace, healed but changed. Sometimes “cliché” is another word for “real,” and that’s all the more reason to scream. David and Veronica, the doomed lovers in Fucked Up’s four-act concept album, get about a song-and-a-half of bliss before everything goes to shit, and even that’s marred “with a sense of impending doom that it’s all going to end too soon, it’s all too good to be true. Where the fuck is the other shoe?” Lead vocalist Damian “Pink Eyes” Abraham’s tormented howl exhibits a Springsteenian emotional range while the rest of the band renders the question as to whether Fucked Up is “real” hardcore completely obsolete. The Who’s Tommy is a better reference point than any Black Flag album, but the rage and catharsis aren’t weakened by triple guitar attacks, multi-part vocal harmonies, or even high-sheen studio polish. David is simultaneously as hideous and beautiful as the life it dissects. The punks and the hipsters will have to learn how to share.