Full Circle: How a San Antonio-born Dancer Landed a Feature in a Nike Ad 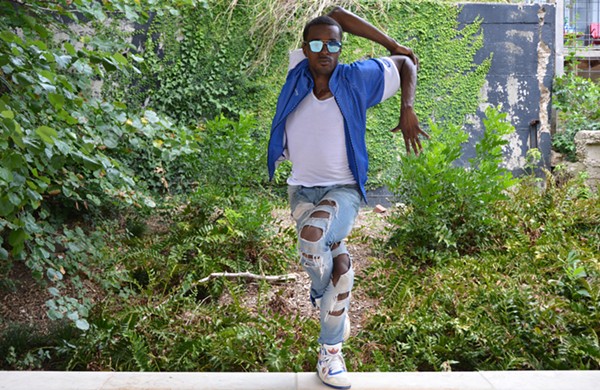 Over the last year or so I’ve had the pleasure of sitting down and interviewing numerous artists and bands who either have been making a buzz in the local and regional music community, or are artists coming to San Antonio to play a show. From well-known rappers like Aesop Rock to the many bands in our burgeoning SA music scene like Elnuh and Mutant, getting a first-hand look at what drives these artists and the amount of work it took to get where they are, can make this job fun and often times inspiring.


I recently had the opportunity to grab coffee with an artist who grew up in San Antonio but left a couple years ago to pursue his dreams elsewhere — something a lot of people often throw shade at. However, for Charles Wilborn, better known as Karma Styles, or simply Karma, that decision to duck-walk out of his comfort zone has proven to be the right move.


But success hasn’t come from sitting around waiting for something to happen. Karma’s story is one of persistence, sacrifice and risk-taking.


Growing up in church, Karma started playing drums at just 6 years old. Eventually, after begging his mother to take him to dance workshops that were being held at the Carver, the artist began pursuing dance in middle school. The then-inexperienced dancer was taken under the wing of workshop program director Andrea Wilson, who Karma calls a mentor to this day.


“[Andrea] saw me and was like ‘who’s this kid that can’t dance,’” Karma joked, “and I was like ‘I want to dance! I want to dance!’ and since she ran everything, she just brought me in and really got me started with [learning the basics of dance].”

He learned much more than the basics.


In 2008, after graduating from Communication Arts High School at Taft, the dancer landed a gig with the Harlem Globetrotters, which took him dancing across the U.S. for four years. Shortly after returning to San Antonio, Karma met House of Kenzo member Tone Padron while teaching at the now-defunct Street Beatz Dance Co. Karma and Padron instantaneously clicked and began collaborating on videos and entering dance competitions as a team.


Padron introduced Karma to Roxy Eguia and after dancing informally at raves between San Antonio and Austin, the pair decided to form what would be the first iteration of the vogue/dance troupe/art collective House of Kenzo.


“A lot of people don’t realize that House of Kenzo is a family of friends – like we started out as just friends going out and that’s what made us hot,” said Karma. “We were a real group of friends and we still are."

In July of 2015, Karma decided to move to New York City to attend the Yoga school at Yoga Works. “When I was on tour with the Harlem Globe Trotters, I hurt my knee,” said Karma “ [Afterwards] I started doing all this yoga and got really heavily into meditation,” Karma said and explained that he eventually wanted to become certified to teach the ancient practice.

The dancer felt the timing was right for a New York move, but wasn’t admitted due to financial woes and registrar rules keeping him from attending. “So I was like, I still dance and I’m in New York, so I’m just gonna make it work,”

And for the last two years it looks like it has.


Since then Karma has served as a dancer for rapper Lil Mama, been featured in several commercials including a Nike ad with vogueing icon Leiomy Maldnado, an Adidas Originals by Alexander Wang commercial (which he filmed as recently as last Thursday), as well as a vogueing gigs at the illustrious NYC hot spot, House of Yes. He also is an official member of the House of Ninja, which was started by the late godfather of vogueing, Willie Ninja, best known for his appearance in 1990's Paris is Burning, which documented mid-to-late 1980s ball culture in New York City.


The dancer is back in town for a week to hang out with friends and family and to teach a couple of dance workshops including one at Jewel of Art Dance Studio on Saturday, July 29 for National Dance Day. After two straight years away from San Antonio, Karma likens his week-long homecoming to coming-down off a hallucinogenic trip: surreal but refreshing.

"Have you ever tripped before? (lol, if only y'all knew) It's like when you go on a trip and you're in the other world – and then you [come] down off the trip and you're like 'wait, what just happened' ... That's how I feel," Karma said.

From growing up in a household that wasn’t exactly keen on him becoming a dancer, to navigating harsh living arrangements in New York (with stints in homeless shelters), Karma proves that believing in yourself actually can pay off in the end.


When asked what kind of advice he would give to the young artists growing up in San Antonio Karma responded, “Never stop just doing you. Be you, be true and live life fearless … We’re on this earth for one reason and that’s to spread our love and I think people forget that. Like, why else are we here?"