By San Antonio Current Staff
Share on Facebook
Tweet
Submit to Reddit
Email
From music shows and art installations to festivals and performances, these are all the places you should be this week. Get into the Halloween spirit with Blood Moon at La Santa Luna or get dancing at Bruno Mars, just make sure you're keeping up with the Current this week. 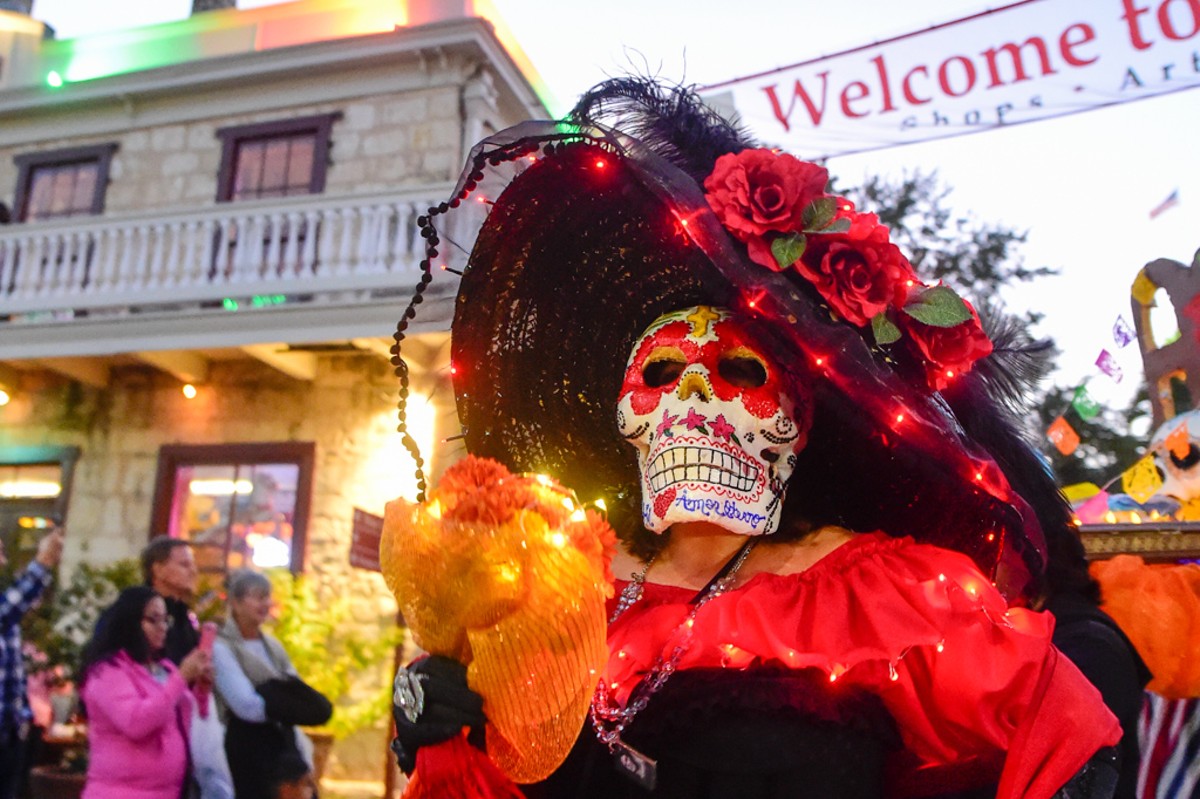 All the Costumes We Loved at La Santa Luna's Blood Moon Collective
San Antonio Current Staff57 images
1/17
Kai Z Feng
Wed 10/25, Bruno Mars
When Bruno Mars showed up on my radar with “Locked Out Of Heaven” back in 2012, I thought to myself, “Yeah, I guess it’s been awhile since The Police broke up, so this makes sense.” And don’t get me wrong, I like The Police and there really wasn’t anyone that sounded like Mars (I mean, besides The Police), so hearing something different in the often-stale circuits of pop music was refreshing. Born Peter Gene Hernandez, but known to everyone now as Bruno Mars, the Hawaii native moved to LA to pursue a career as a performance artist. After getting dropped from Motown Records, Mars eventually signed to Atlantic and began writing songs for other artists before releasing his debut album Doo-Wops & Hooligans and then blowing up with his second album Unorthodox Jukebox. $142.88- $1,505, 8pm, AT&T Center, 1 AT&T Center Pkwy., (210) 444-5140, attcenter.com. – Chris Conde
Play Slideshow