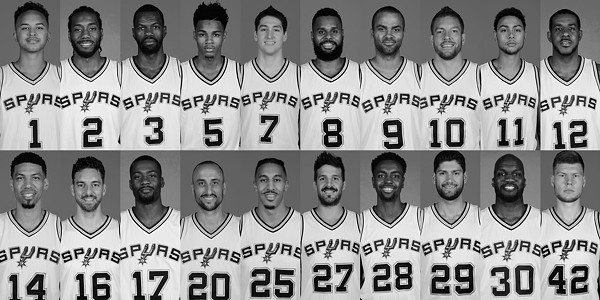 Fans giddy for a first look at the 2016-17 San Antonio Spurs won’t need to wait until their October 29 home opener against the New Orleans Pelicans. The team has announced it will host a Silver and Black Open Scrimmage next Tuesday, October 18, at 7pm at the AT&T Center, giving everyone the chance to take in some Spurs basketball and some low-price libations.

Per the team’s press release:

“The scrimmage will tip off at 7 p.m. and all fans in attendance can take advantage of $1 draft beer and $1 soda at select locations, plus 25 percent off in the Fan Shop and special ticket offers available exclusively at the 2016 Silver & Black Open Scrimmage. Fans in attendance will also have a chance to win special prizes.

The free event will have open seating on a first-come, first-served basis throughout the lower bowl and also feature appearances by The Coyote and Silver Dancers.”


Doors open at 6pm for season ticket holders and 6:30pm for everyone else, with free parking available at the AT&T Center for all.

Can’t make it on Tuesday? The team will also be streaming the event live on their Facebook page.