Get A Real Job, San Antonio: Be a Professional Tree Climber 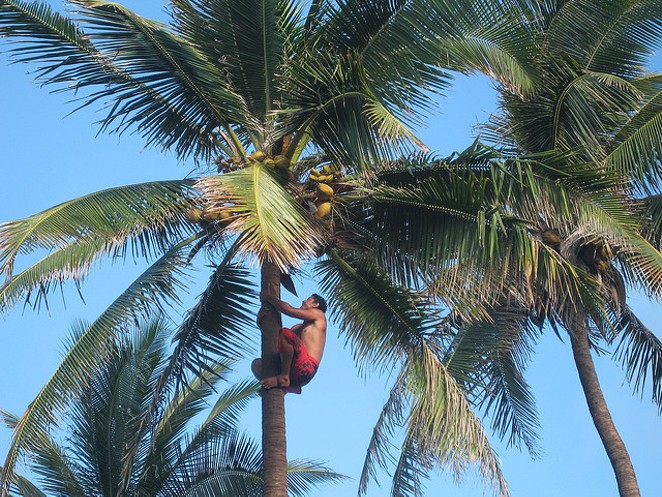 Whether you've got one or you need one, jobs can be a drag. So in a San Antonio Current feature, we scan local job boards to find a real gig you could have that you may never have thought of.

This week: grab some shears, a rope and don't look down as a professional tree climber, as advertised by this Craigslist post.

Were you one of those kids who felt compelled to climb everything you saw?

I wasn’t. Heights have never been my thing. But my brother was — he spent as much of his childhood shimmying up trees and dangling from branches as damn near anywhere else. And while he had his share of drops, he never broke a bone, because he's apparently made out of rubber and elastic.

Who knew though that that’s apparently a skill you can get paid for? A recent ad on the San Antonio Craigslist page is looking for an arborist — a fancy word for a professional tree climber. It sounds like an ok gig. Be outside, see the world from a different perspective, trim a couple trees, make a few bucks. If you're not afflicted by acrophobia (fear of heights), there's certainly worse ways to make a living.

Here’s the text of the full ad, all-caps font courtesy of employer:

NEED EXPERIENCED ARBORIST CLIMBER TO PERFORM DAILY DUTIES, TRIMMING AND REMOVING TREES IN THE SAN ANTONIO AREA. MUST HAVE AT LEAST 3 YEARS EXPERIENCE WITH ROPE AND SADDLE AND CLIMBING GEAR..STARTING PAY $15 DOLLARS PER HOUR! DOE! MUST HAVE GOOD DRIVING RECORD AND LICENSE.
READY TO HIRE!!


Clearly, this isn’t a job for wannabe tree folk. You’ve got to have quite a bit of experience with the pertinent equipment. But if you’ve got that — and you don’t suffer from a crushing fear of falling out of an tree and potentially breaking every bone in your body like all of these bears on YouTube — then this gig could be for you.

The Daily Employment Trees Tree Climbing Get a Real Job