Get Your Valentine's Day Netflix Fix: Movies For Lovers Or Single Hopeless Romantics

In honor of the upcoming national day of love for loving lovers, the Current’s resident hopeless romantic has picked out five distinct movies available to stream on Netflix that are sure to get you in that special mood so you can perform that special groove. Watching any one of the films listed below is a surefire way to melt the icy heart of even the greatest living Valentine’s Day cynic. 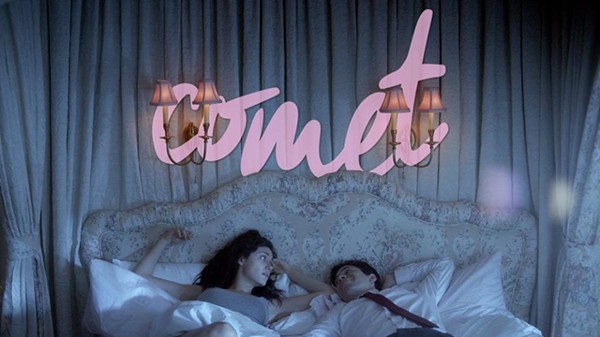 Comet (2014) – A romantic comedy without the traditional upbeat ending, Comet documents the six year span of the on again/off again relationship between two lovers portrayed by Justin Long and Emmy Rossum (Showtime’s Shameless). We see their first meeting in a Hollywood cemetery. We witness their first major argument. We are privy to their ultimate break-up. We watch all of these pivotal events, just not in the traditionally linear fashion.

French New Wave auteur Jean-Luc Godard once said, “A story should have a beginning, a middle, and an end – but not necessarily in that order,” and the fractured story structure of Comet has taken Godard’s narrative philosophy to heart. The dialogue is chock-full of breathtaking proclamations of adoration that are just as impressive as any monologue Aaron Sorkin has brought to fruition. Long and Rossum’s interactions are steeped in a naturalistic acting style that recalls the films of the Italian Neorealist movement. And because the two lovers’ thoughtful contemplation on their hasty decision to unite is so cringingly spot-on, it makes Comet’s ending all the more affecting and far-reaching.

Duke of Burgundy (2014) – Where 2002’s Secretary portrayed an S&M relationship in a darkly comedic manner, Duke of Burgundy humanizes that complex dynamic and demonstrates that tenderness and genuine affection can be involved in a situation with which few in the mainstream can empathize. Two women’s desire for one another is stimulated by a daily dose of role playing, but that same routine gradually becomes ineffective. As the women’s desire to rekindle their romance increases, their dominant-submissive activities become more dangerous. This is a love that has never been seen before in English language cinema. It may harbor a slow burn narrative, but for patient viewers it is a unique gift that allows the audience to fundamentally understand a marginalized culture’s unconventional expression of love. 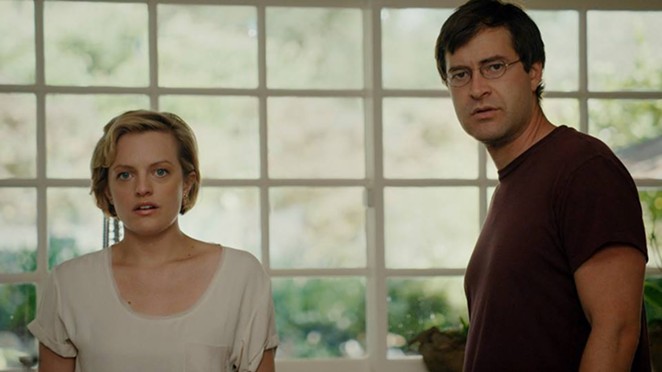 The One I Love (2014) – Mark Duplass and Elisabeth Moss delight in their roles as a middle-class couple stuck in a romantic rut. Upon the insistence of their therapist, the fizzled lovers embark on a weekend retreat to a country estate. And yet, this romantic getaway will give Duplass and Moss more than they bargained for upon the discovery that their slightly altered doppelgangers reside in the guest house. As our couple becomes more enamored with the alternate versions of their romantic partners, the question begs to be asked: Who will Duplass and Moss ultimately choose to pair up with for their future lives?

The movie’s concept is wonderfully imaginative as if it came from Charlie Kaufman’s mildly sedated mind. While fundamentally grounded in fantasy, The One I Love seriously explores the topic of how our romantic relationships would differ were we able to tweak our partners’ personality, traits, and affect. Melding the surreal with a resonating subject matter, The One I Love is sure to make lovers re-examine what they truly appreciate about their partner. 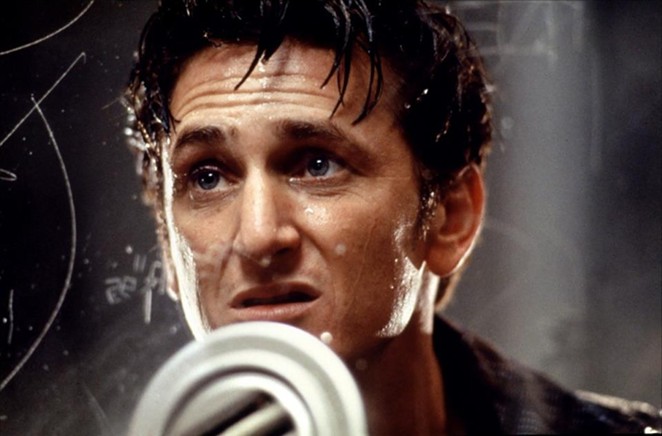 She’s So Lovely (1997) – Utilizing a posthumous screenplay written by American indie film pioneer John Cassavetes and directed by his son (Nick Cassavetes), the plot centers around an enmeshed alcoholic couple (Sean Penn and Robin Wright) who find themselves separated from one another after Penn shoots a paramedic and is sentenced to serve 10 years in a mental asylum. Upon his release, Penn discovers that his lover has overcome her drinking demons and is now a mother of three and married to another man (John Travolta).

Will Penn’s character abide by social conventions and relinquish his burning love for Wright, or will he furiously woo her out of another man’s grasp? Whatever the outcome, there will be no tidy end to this story. Someone is bound to be emotionally devastated. Like many of John Cassavetes’ films, the emotions displayed onscreen are messy and unrestrained. The characters speak without filter or apology. This radicalized adherence to their freedom of speech makes for an emotional roller coaster that will leave the viewer disoriented after viewing. Strap on in and take this ride.

The Pill (2011) – After a drunken one night stand of unprotected sex, two complete strangers (Fred and Mindy) begin a search for the morning after pill to diffuse their potentially problematic situation. Concerned by Mindy’s vacillating feelings about her presumed pregnancy, Fred stays vigilantly by her side for the next twelve hours to ensure that Mindy takes both doses of the emergency contraception. During this tense time, Fred ultimately discovers Mindy’s true essence via awkward (but humorous) meetings with her friends, family, and ex-lover.

The Pill exudes brisk, witty dialogue and a whimsical tone, both of which are staples of the romantic comedy genre. However, what separates this film from others of its ilk is the fact that Mindy wrestles with the question of whether she does indeed want to keep this baby regardless of whether she and Fred end up together. This inclusion of a very serious and relatively controversial subject matter effectively raises the narrative’s stakes infinitely higher than most romantic comedies dare to conceive. If you like well-made independent romantic comedies with unknown actors, there is a high probability that your Valentine’s Day experience will be elevated by imbibing the endearing qualities of The Pill.