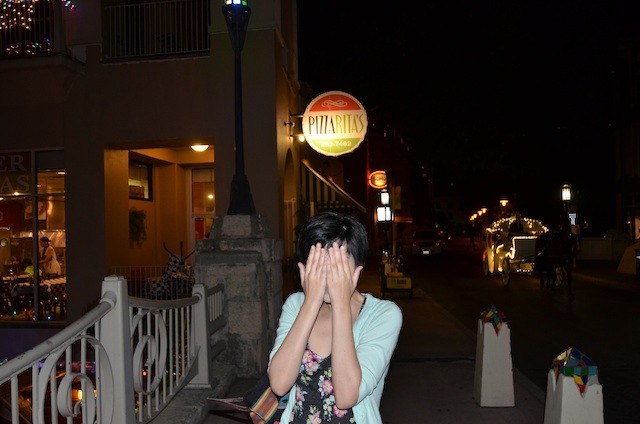 The folks at Alamo City Ghost Tours have been leading treks through downtown San Antonio for 10 years now. This weekend, I joined them in their tour past all of the city’s spookiest sites.

Before our adventure began, the group of ghost-hunting tourists (and a few locals mixed in for good measure) met with our guide JR across the street from the Alamo, just in front of the passage to the River Walk. I was immediately charmed by JR whose black vest and worn-in cowboy hat oozed a sort of casual sophistication. In regards to haunted San Antonio, I could tell this was a man who’d been around the block a couple of times. Or rather, a couple thousand times, considering the Alamo City Ghost Tour is a walking tour.

The tour began promptly at 9 p.m. at which time JR announced we were about to take part in a mass jaywalking situation and to please watch out for cars (lest we get steamrolled and join the other zillions of ghosts creeping around Alamo Plaza, I thought). Jaywalk we did, all 20 or so of us, right across the street to the Alamo.

In front of the Alamo, JR dove into a spiel about how the Alamo was originally located about three blocks away and yadda yadda yadda—typical touristy information. I was not there on the tour to hear about the relocation of the Alamo. I was there to hunt for some ghosts. Imagine my delight then when JR starting pulling out dowsing rods from a black bag. 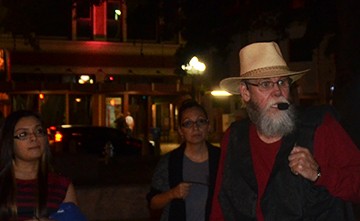