Glitter Political: For Mary Angie Garcia, it’s all in the name 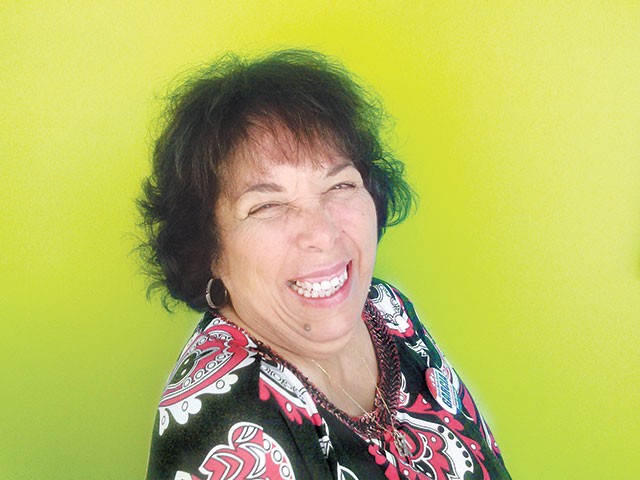 The night Mary Angie Garcia claimed victory in the Democrat runoff election for Bexar County District Clerk, political insiders who placed their bets on her heavily endorsed opponent Elva Abundis-Esparza may have actually heard the snap in the already fractured leg of the local Democratic party. While political pundits sift through frequently futile statistics explaining exactly why voters went all Sybil this election, the answer, in Garcia’s case, may be a much simpler one.

It’s not long after I meet the candidate at Chaba Thai Restaurant on SE Military Drive that she reveals her realization of a not-so-secret weapon she’ll involuntarily wield a third time in November’s general election against one-term incumbent Donna Kay McKinney. Her ammunition doesn’t precipitate crashes or explosions like the ones in the Transformers action films that give her a vicarious thrill. Instead, it’s the age-old, but powerful, adage that, in politics, it’s all in the name.

A trio of candidates started off the Democratic primary in what Garcia describes as “a good race,” although it didn’t end up that way.

“I can’t tell you that it wasn’t ugly,” she says in her Tex-Mex lilt. “Oh, God. It’s ugly.” Her opponents’ social media skills, and all the trolling that implies these days, seems to have perplexed Garcia.

“My idea of politics is going to the little box at the library, pushing some buttons, getting a little decal that says, ‘I voted’ and that’s it, you know? I’m not political. I’m a grandma. I don’t have a background in hurting people.”

In a blousy top featuring a king and queen motif reminiscent of a deck of cards, she hands over a copy of Westside Sol. “This is our one ad that we could afford to purchase,” she says, estimating that her campaign costs so far total about $3,000. Her Swarovski crystal bracelet, a gift to herself from a 2013 trip to Innsbruck, Austria, glistens. “We ran a very low-budget campaign because I don’t know the process,” she confesses.

Her education arrived faster than a Southside cachetada after she invested in 80 signs and within a week most of them were gone. “It’s not right but who do you complain to? The sign police?” she quips. Post-runoff, only five placards remained including her last “big sign” on Rigsby Road, Precinct 4’s battleground central.

Garcia doesn’t feel that McKinney is the sign-stealing type, although she is expecting her work history will be “attacked.”

“The only thing that I can think of is write-ups,” says Garcia, who worked for the Office of the District Clerk from 1997 to 2012. “You don’t question anything [in McKinney’s office]. They’ll write you up for insubordination. You can’t even ask a question without being asked, ‘Why do you want to know that?’ It’s micromanagement at it’s worst.”

Garcia, now 64, furrows her brows when asked about her role models, then offers, “Oh, Tom Selleck. Does he count? I tell everyone if you don’t find me for weeks at a time, I’ve gone off with Tom Selleck. He’s so handsome.”

With the exception of the Bexar County Young Tejano Democrats, the lone political group to officially support her, the endorsements never came. It’s spilled milk now, but she still fumes that the San Antonio Professional Firefighters Association never contacted her for an interview. “When I found out that the firefighters only interviewed [Abundis-Esparza] for the endorsement process you could see smoke coming out of my ears!” she says.

But, turns out she didn’t need those endorsements, anyway, because of the not-so-secret weapon.

When showing her how it’s used, her supporters sat her down a la My Fair Lady and asked her to say her name. Then asked her how many Mary Garcias she thought there were in San Antonio.

“I guess chingos,” she replied. Then an attorney friend asked her to tell him how many Sister Marys there were in the town named after St. Anthony of Padua—then went on to remind her that almost “everybody’s grandmother’s name is Mary Garcia.”

The message was as clear as the mole on Garcia’s chin.

“Do you believe your name is a big part of this campaign?” I ask.

“You tell me, Jade,” she says, looking directly into my eyes. “Would you rather have a Garcia or a McKinney in San Antonio as District Clerk?”

The general election will answer that all in good time.