Going To 11: Why 'Spinal Tap' is the Hardest Rocking Comedy Ever 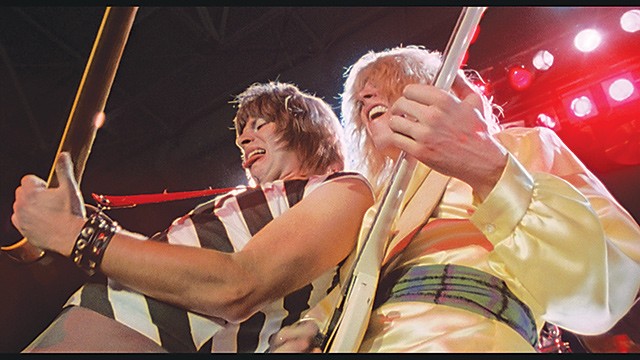 “I was approached by Harry Shearer [who plays bassist Derek Smalls] and a producer named David Jablin [to direct This is Spinal Tap],” said Penelope Spheeris, the director of The Decline of Western Civilization, in the book Louder Than Hell: The Definitive Oral History of Heavy Metal. “It didn’t work out because I felt it was making fun of metal, and I loved the music so much. I didn’t think I should do it. Rob [Reiner] kicked ass, though.”

Reiner could not have directed a better first feature film. As a comedy, mockumentary, or rock film, Spinal Tap’s self-deprecating humor still works today, perhaps even better than when it first came out. More than just being the first in Christopher Guest’s acclaimed list of ensemble cast “improvisational” comedies (followed by Waiting for Guffman, Best in Show, A Mighty Wind, and For Your Consideration), This Is Spinal Tap is in a league all of its own. You could go on and on quoting lines or remembering scenes, but the movie’s power is in the acting: after Nigel Tufnel (played by Guest) leaves the band in the middle of a show, a couple of scenes later, in a dialogue-less take, you can see in his eyes how much he wished he was still part of it. It’s perhaps the most underrated moment in a movie full of memorable gags and lines.

Spheeris wasn’t the only one who, at first, didn’t get the joke: people like Eddie Van Halen and Aerosmith’s Steven Tyler failed to see the humor, and bands from Led Zeppelin to Black Sabbath claimed to have seen in Spinal Tap the reflection of themselves (they also got lost on their way to the stage more than once). Musically, the late Roger Ebert nailed it when he said Spinal Tap was “not that much worse than, not that much different from, some successful rock bands.” If anything, the actors, who wrote, played, and sang all the songs, were good enough for Metallica to design the cover of their self-titled black album as a tribute to Spinal Tap.

The movie is the ultimate case of a cult hit that was ahead of its time. Shot for a little over $2 million, in the 29 years after its release it has slowly and steadily grossed more than $5 million and it is now part of American popular culture. Whether you call it a comedy or a mockumentary, This Is Spinal Tap goes to 11.