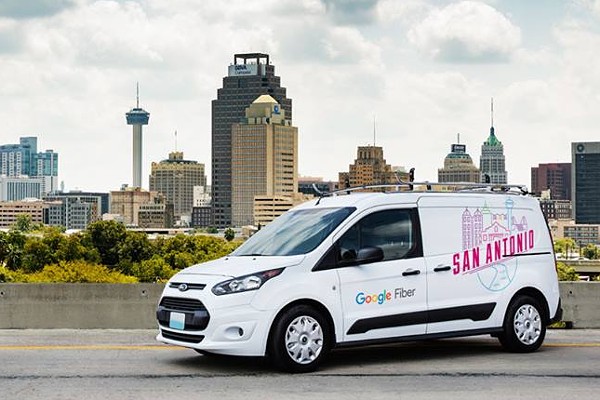 Google Fiber has extended its high-speed Internet service to a wider swath of the Alamo City.

After launching service in the far West Side last November, the online search giant is now extending fiber optics into Northeast San Antonio. Residents of the Wilshire Terrace and East Terrell Hills areas can check online to see if their addresses are in the new coverage area.

Google will continue to expand broadband service in the Northeast, bringing on new neighborhoods every three to four weeks, said Tyler Wallis, Google Fiber's San Antonio city manager. He wouldn't discuss the company's expansion plans beyond that, nor would he say how many local customers it serves.

Including San Antonio, Google Fiber is now available in 12 U.S. metros. That rollout puts it in competition with telecom and cable TV providers such as AT&T and Spectrum, which so far have dominated the Internet service market.

"We got into this business because we saw the need for faster Internet service for homes, and the incumbent providers were not doing that," Wallis said.

Faster Internet speeds have become vital as more consumers stream video through services like Hulu and Netflix, and as they rely on broadband to connect in-home devices ranging from security cameras to kitchen appliances.

Google's current service offering includes 1,000 megabit-per-second Internet access for $55 a month. It doesn't require a service contract and will install its Google Wifi in customer homes for free.